Posted by Phil Newsome on July 27, 2019
The most popular Mayor today in the country, Manila Mayor Isko Moreno made headlines anew after he chides former Manila Mayor Erap Estrada's favorite lines "Para sa Mahirap," during an ambush interview regarding his point of view in the controversial illegal vendors issue in the streets of Metro Manila. 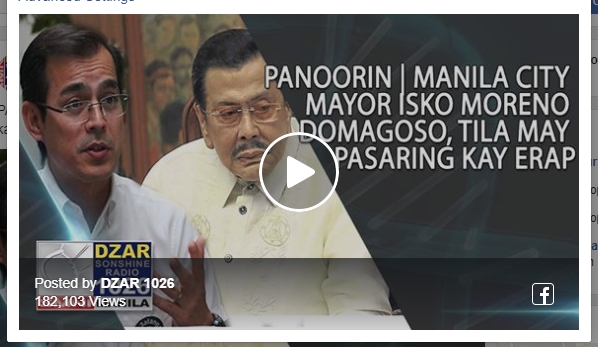 Mayor Isko Moreno became the most popular not only in Metro Manila but also in the entire country today because of his remarkable qualities as a local chief executive and made numerous changes including the cleaning of Divisoria and other prominent places in the city.

The Mayor of Manila denounced the slogan of former Mayor Erap Estrada "Para sa Mahirap," because of Estrada's alleged failure in leadership during his tenure as Mayor of the capital city.

In the Mayor's perception, if we really wanted to help the poor, politicians should not receive money from vendors. Mayor Moreno also added that there are politicians whose taking advanage of the status of the less fortunate people.

Although it is a given fact that all people has their own necessities and besides, some alleged corrupt politicians  help them through their needs, it is a rampant method for a politician to take a picture of them helping the poor and post it on social media.

Based on the data presented by Mayor Isko, the organizers earned so much money in the illegal vendors operations. He said organizer would take a day, P5 million, P150 million a month, P1.8 Billion a year and to total it all to a single term of a politician will cost P5.4 billion.