Posted by Phil Newsome on November 29, 2019
Former UAAP Women's Volleyballs superstar Gretchen Ho made some headlines on social media after her controversial interview with some international athletes highlighting some shortcomings of the country's hosting of the SEA Games 2019. 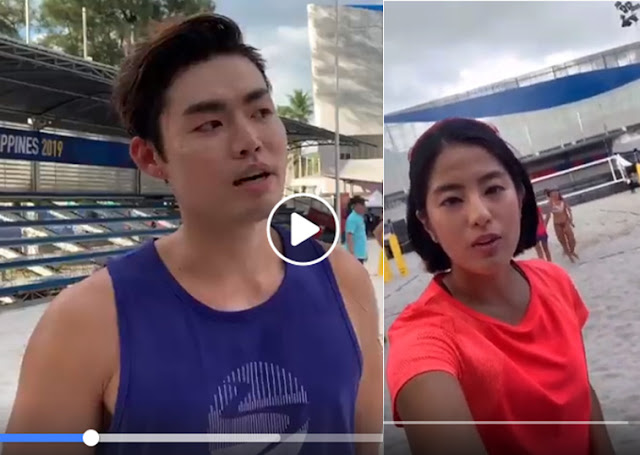 Gretchen Ho's popularity on social media was due to her alleged biased reporting and line of questioning during an interview with some international athletes visiting the Philippines.

In an interview with Singaporean player Mark Shen, the veteran volleyball player-turned reporter of ABS-CBN made some controversial questions about the food served for the athletes, the transportation and the sand courts in Subic.

Instead of asking questions relevant to the competition and the ASEAN Games, Gretchen Ho decided to asked controversial questions which could harm the image of the country internationally.

Some netizens reacted to the viral video interview of Gretchen Ho which was posted in the official Facebook Page of ABS-CBN.

According to Facebook user PJ Stonewall DaXmen, the questions coming from Gretchen Ho doesn't really focus on the games that these athletes are here or or the theme of the upcoming event but rather on their supposed experience on the PH's "mishaps" in handling the SEAG hosting.

Read Some Comments from Netizens:

Maxine Paniza: She doesn’t sound very friendly and welcoming... she sounds more of doing an interrogation... she can’t wait to ask another question after a good feedback is given... at least man lng sana nag sabi ‘ that’s very nice to hear such a very good feedback for us being the host of this years SEAGAMES’. Mas nawalan ng gana ang tone nya ksi puro positive ang sinabe!! Kaloka ka gurl!!

Yllor Alorrabi: Hi Ms Gretchen Ho i have nothing against you but i find your manner and tone of asking more like an interogation rather than a casual interview. Please ask in a more friendly voice.

Vador Reeko: She wanted to hear some bad comment and ugly experience..well she never heard those..Gretchen will never be part of these glorious event.