Posted by Phil Newsome on March 21, 2018
Veteran broadcast journalist and prominent political analyst Jay Sonza lambasted one of the most vocal critics of Pres. Rody Duterte, Magdalo Representative Gary Alejano who admitted during an interview that they have no direct or real evidence on Pres. Rody Duterte's alleged hidden wealth. 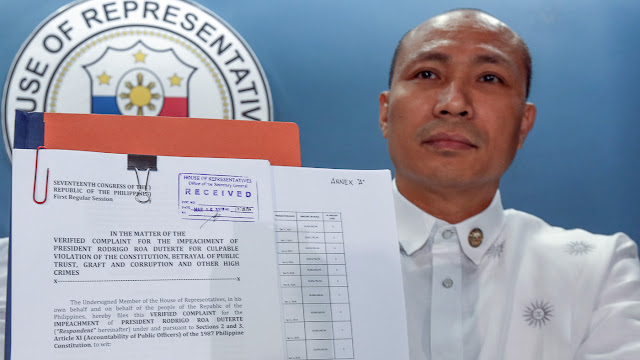 According to Jay Sonza, the truth is out in the open after Congressmann Alejano admitted that their allegations against Pres. Duterte has no basis.

In a media interview Rep. Alejano was quoted as saying "WE HAVE NO DIRECT/REAL EVIDENCE ON PRESIDENT RODRIGO R. DUTERTE'S HIDDEN WEALTH."

Jay Sonza also reminded Alejano that the Filipino people paid for his school expenses while studying at the prestigious Philippine Military Academy (PMA) but he failed the Filipinos on his desire to bring down the President of the Philippines.

The truth is out in the open!
Rep. Gary Alejano (Magdalo Partylist) speaking on The Source/CNN Philippines hosted by Pinky Webb:

"WE HAVE NO DIRECT/REAL EVIDENCE ON PRESIDENT RODRIGO R. DUTERTE'S HIDDEN WEALTH."