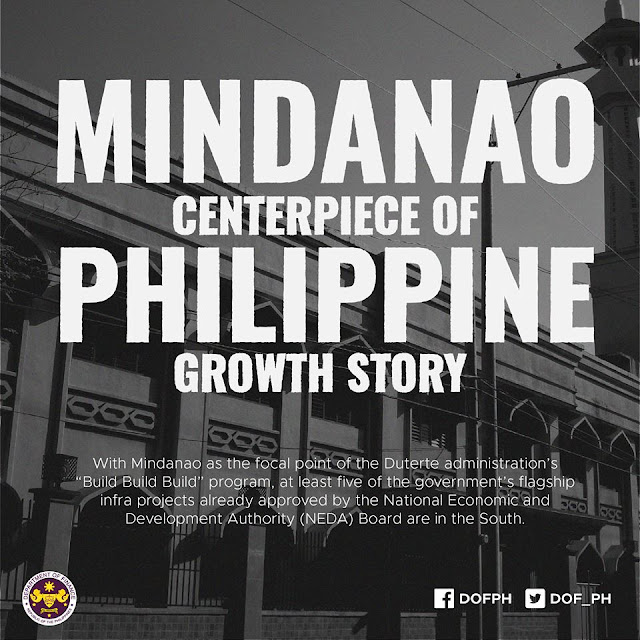 Some of the most notable projects includes the Malitubog-Maridagao Irrigation Project; Panguil Bay Bridge; Davao International Airport Expansion; Laguindingan Airport Improvement; and the Tagum-Davao-Digos segment of the Mindanao Railway Project.

The Department of Finance revealed that with Mindanao as the focal point of the Duterte Administration's "Build, Build, Build" program, at least Five of the Government's Flagship Infra Projects was already approved by the National Economic and Development Authority (NEDA) Board.

Pres. Duterte aspires to transform Mindanao into a premier investment site by rolling out big ticket infrastructure projects. These are designed to enhance economic production and transform the island into a major hub of agriculture and industry.

Here's the List of the Major Infrastructure Projects in Mindanao:

The Php 5.4-billion Malitubog-Maridagao Irrigation Project Phase 2 in North Cotabato and Maguindanao are potential rice baskets for our country. It is expected to service almost 10,000 hectares of land in 56 conflict-affected areas. 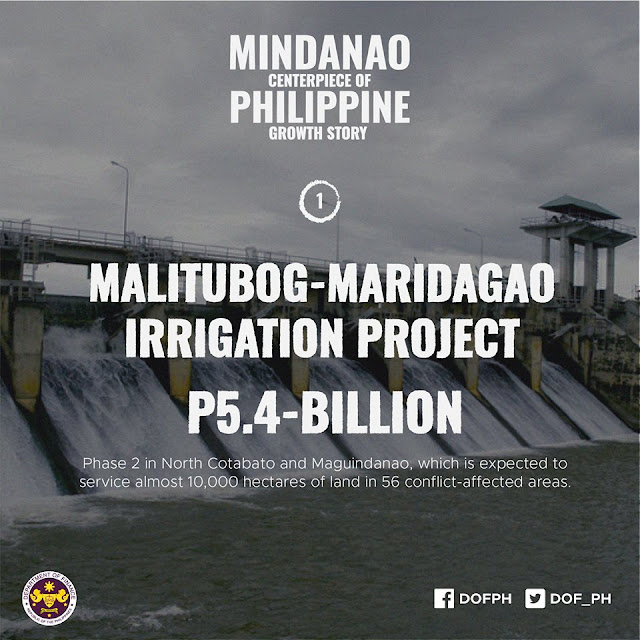 The Php 4.86-billion Panguil Bay Bridge is a 3.5 km bridge that will connect Tangub City, Misamis Occidental to Tubod, Lanao Del Norte. It will reduce travel time from the current 2 ½ hours to 10 minutes between these two points. 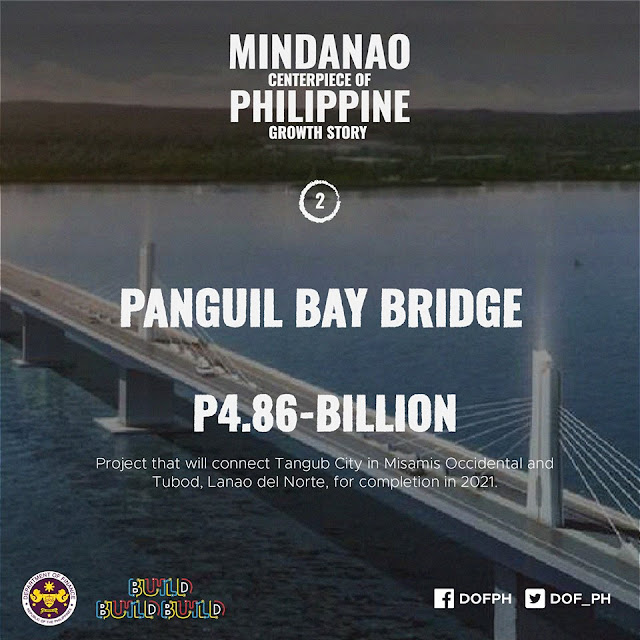 The Php 40.57-billion Davao International Airport will expand the capacity of passenger accommodation. Completion of project is expected by 2025. 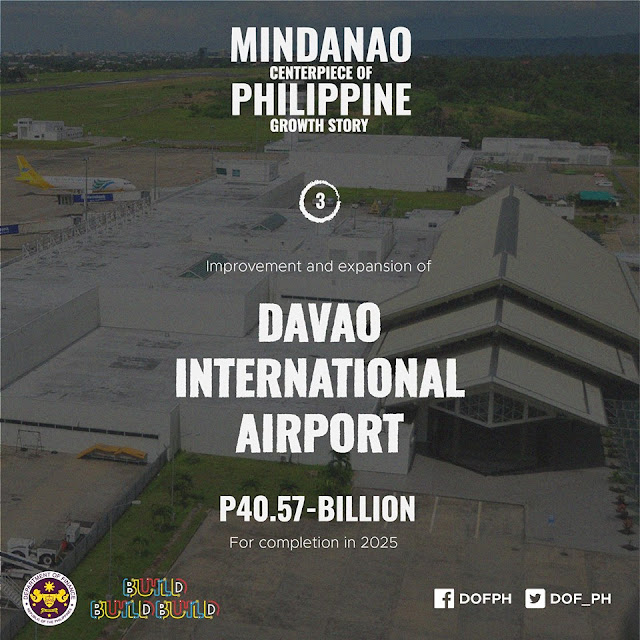 The Php 14.6-billion Laguindingan Airport will also accommodate the fast-growing number of passengers in Mindanao. Completion of project is expected by 2025. 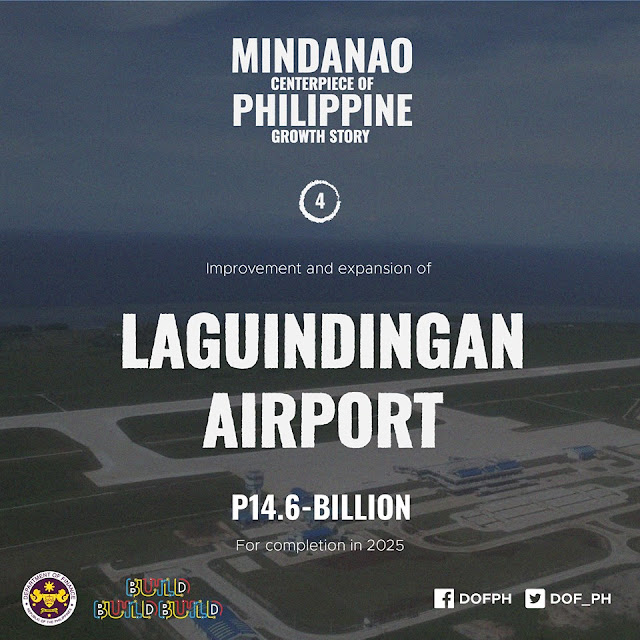 The Php 35.26-billion Tagum-Davao-Digos segment of the Mindanao railway project is set to begin later this year. This will relieve road congestion that will spur economic activities. 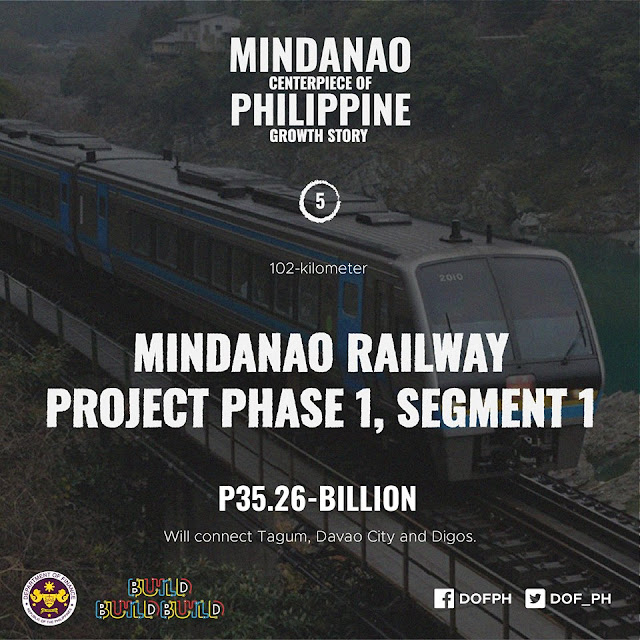