Posted by Phil Newsome on March 21, 2018
Concerned netizen and a self-confessed supporter of Pres. Rody Duterte, Willy Ramasola exposed how the mainstream media outlets intensified their efforts to put the Duterte administration in a bad light. 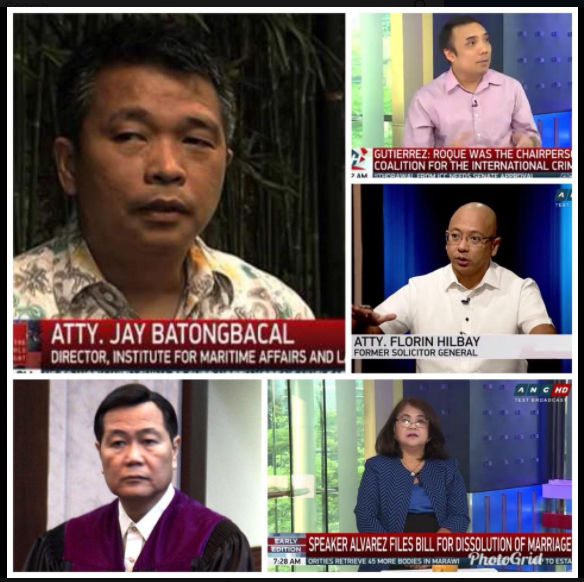 According to self-confessed DDS supporter Willy Ramasola, some of the country's most prominent mainstream media particularly ANC of ABS-CBN have constantly invited and interviewed guests who are clearly biased against the government and its policies.

The concerned netizen mentioned the appearance of Atty. Gilbert Andres of Center Law, who appeared in Beyond Politics hosted by Lynda Jumilla to talk about the government's alleged "wrong decision" to withdraw from the ICC.

Aside from Atty. Andres, the concerned netizen also mentioned the appearance of Atty. Barry Gutierrez, LP's spokesman on Headstart hosted by Karen Davila. Atty. Batungbacal was also interviewed every two weeks to criticize the government's policy on Benham Rise and the West Philippine Sea.

Mainstream media outlets have intensified their efforts lately to put the government in a bad light. TV programs in ANC of ABS-CBN have constantly invited and interviewed guests who are clearly biased against the government and its policies.

Today, this Atty. Gilbert Andres
of Center Law, an advocate for human rights, appeared in Beyond Politics hosted by Lynda Jumilla to talk about the government’s “wrong decision” to withdraw from the ICC.

The other day, former Congressman Atty. Barry Gutierrez, a former LIberal Party Spokesman appeared on Headstart
hosted by Karen Davila and talked about the same issue and even suggested that the President hire better lawyers.

This Atty. Jay Batongbacal of UP Institute of Maritime Studies gets interviewed almost every two weeks to criticize the government on its policies on Benham Rise and the South China Sea.

Atty. Soledad Mawis, President of the Association of Law Schools of the Philippines also appears regularly and even gets called in for phone interviews to warn against impeachment initiatives on Chief Justice Sereno. She even questioned the legality of the “forced leave” imposed by the en banc on the beleaguered Sereno.

And even Boy Abunda invited Maria Ressa of Rappler and the Chief Justice herself, Lourdes Sereno, to his show The Bottomline.

Yes, their bottomline is indeed to attack the president.

In other words, if you get news mainly from reading or watching US-based CNN, Manny Pangilinan-controlled TV5 and Philippine Star, Rappler, and Lopez-controlled ABN-CBN, there’s a big possibility that your mind will be conditioned to develop hatred against the president and this government. Once these oligarchs have successfully created widespread negative sentiments against the government, they will just trigger one spark to bring citizens together and organise people power demonstration and attempt to overthrow the Duterte administration. This is what they did to Erap and they also almost successfully removed Gloria Arroyo from power. They won’t hesitate to sell their souls to the devil if only to kick Duterte from office.

I am very very thankful for Facebook and for the President’s social media warriors and supportive journalists who are fighting hard to neutralize the anti-government propaganda and destabilisation moves spearheaded by these media companies and their business, political and religious allies.

Let’s continue defending the President and this government. Let’s not stop supporting our government and expose the hidden agenda of the opposition politicians and oligarchs. The 16Million Filipino voters (or 21Million without the cheating) must continue to band together to promote the government’s programs and policies. The Duterte government needs our help in order for them to succeed. And their success is our country’s success. God bless us all. Mabuhay ang Pilipinas!