Posted by Phil Newsome on December 01, 2019
It is indeed a great time for all Filipinos as they glued to their TV sets and other platforms watching the 30th Southeast Asian Games (SEA) Games opening ceremony on Saturday, the event received a positive response among netizens despite the earlier negative news circulating a few days before the event. 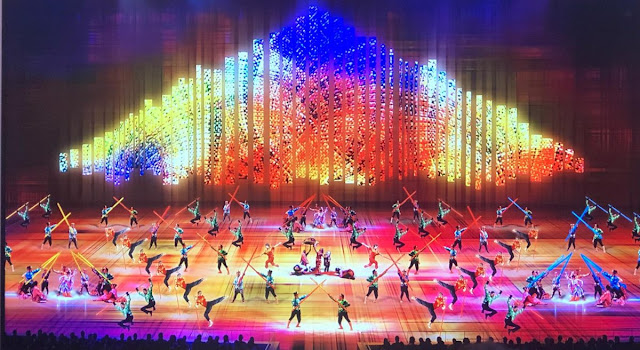 The country's hosting of the SEA Games became a viral topic on social media and the internet with some live videos of the opening ceremony published on various social media platform have already reached millions of views already.

Some netizens and critics of the Duterte administration and the SEA Games hosting of the Philippines were now convinced that the organizers did a great job to produce a grandeous welcome after watching the opening ceremony of the 30th edition of the bienniel meet.

The President of the Republic of the Philippines, President Rody Duterte graced the event together with Sultan Hassanal Bolkiah of Brunie Darussalam. The event was held inside the Philippine Arena, in Bocaue, Bulacan.

Watch the Opening of the SEA Games 2019:

Spectators were treated to a grandiose opening show featuring some of the best Filipino talents showcasing the rich Filipino culture.

President Rody Duterte announced the official start of the 2019 SEA Games which is now considered as the biggest biennial meet ever with 56 sports. The Ramon Obusan Folkloric Group and student performers from different colleges and universities opened a night of entertainment and festivities with a variety of folk dances including the Tinikling.

The parade of athletes from the participating nations also featured 11 beauty queens including Miss Universe 2015 Pia Wurtzbach, who led the way for the 1,868 Filipino athletes and officials during the march.

The large Filipino crowd filling up the 55,000-seater venue cheered and sang along to “Manila” as the Philippine delegation made its way to the stage.

World-renowned sports personality and the only eight division word boxing champion Manny Pacquiao and Nesthy Petecio led the lighting of the cauldron at New Clark City, which was shown on the LED screen inside the Philippine Arena.

Here Are Some of the Positive Comments from Netizens:

Josh: "I thought SEA Games will be Trash because of what happened earlier, but deep inside I’m really hoping they will redeem themselves, and they did it,"

beeanca: "Kudos to the whole crew! The opening ceremony was amazing,"

clovergusto: "Despite fake news and controversies faced by the government and sports committee, THEY MARKED THIS DAY AS HISTORY FOR FILIPINOS AND THE PHILIPPINES. I’m so proud to be a Filipino much more!! Kudos!"