Posted by PhilNewsXYZ on November 28, 2019
Veteran lawyer and prominent Duterte supporter on social media, Atty. Trixie Cruz-Angeles hinted that some alleged biased reporters will soon go to prison for publishing malicious news about the alleged feeding of pork to Singaporean Muslims in the highly anticipated SEA Games 2019. 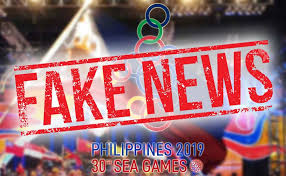 The statement released by Atty. Trixie Angeles was made after the alleged feeding of pork to Singaporean Muslims which turned out to be fake. The reporter who wrote that piece of garbage is going to prison soon.


One of the reporter who reported about the non-halal food is GMA News as they interviewed the media officer of the Indonesian Football team who claimed to have accidentally eaten non-halal food because, the SEA Games organizers failed to distinguish what is halal or non-halal food.

Atty. Trixie wrote a commentary on Facebook saying that they already issued a warning to mainstream media that fake news regarding the SEA Games could spell be very bad news for them or for those journalists spreading fake news.

Unfortunately, the warning issued by both Atty. Ahmed Paglinawan and Atty. Trixie Cruz-Angeles fell on deaf ears, at this juncture, Atty. Trixie hoped they know what it means to start a conflict between two countries.

Luminous Trixie won't be defending any cheap, poorly-spun fake stories anytime soon, or going to prison, for that matter. But maybe the mainstream media. The veteran lawyer ended her post by taunting mainstream media's intellect or brain is good only for showbiz level gossips.

Lest we forget, this page warned mainstream media that fake news regarding the SEA Games could spell very bad news for them.

And now, here we are.

As the truth on the absolutely false and malicious news about the alleged feeding of pork to Singaporean Muslims unravel, an international incident is getting more and more likely. Isn't it? I hope you know what it means to cause conflict between two countries.

So, where are we on this, mainstream media?

Who tells the truth? Who gives sensible opinions? Who gives responsible commentaries?

Social media or you?

Oh we don't know. We, at Luminous, won't be defending any cheap, poorly-spun, fake stories anytime soon. Or going to prison, for that matter. But maybe you are.