Posted by Phil Newsome on July 13, 2019
Retired journalist and veteran TV host Jay Sonza mocks the alleged VP Leni-Like Mathematical skills of Rappler's Founder and Chief Executive Officer Maria Ressa after  claiming that only 5% of her company's shares was given to their foreign funder Omidyar Network. 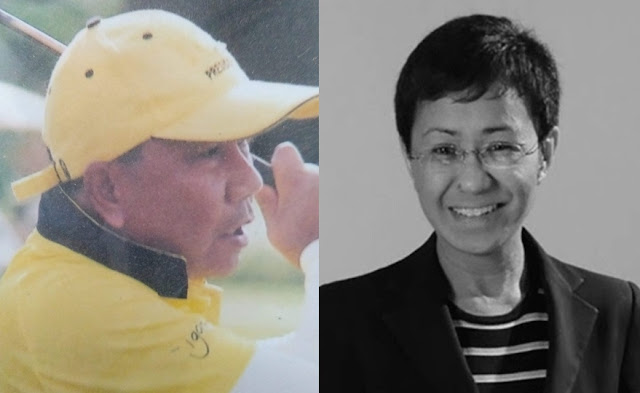 During the International media forum attended by Rappler's Maria Ressa, she inadvertently admitted that indeed Piere Omidyar, billionaire investor and founder of eBay, invested a measly 5% or $4.5-Million into Rappler.

Based on the latest Facebook post of Jay Sonza he questioned the real value of Rappler as he noted that Rappler's book of accounts, it has a capital of P240 million.

When compared to the estimated funds provided by Omidyar, $4.5 million, once converted by P51 to a dollar, it is already a whopping P229 million.

Jay Sonza reckoned that if Rappler's Book of Accounts say it has a capital of P240 milion and Omidyear poured in $4.5 million (P229 Million) in Rappler, then Maria Ressa's math skills was way off and could be comparable to that of VP Leni Robredo.

according to Rappler's Book of Accounts, it has a capital of P240M.

Omidyar's (foreign) invested (according to ressa under her name, representing only 5 percent ) $4.5M only or equivalent to P225M.

Filipino (domestic) investments would only total to P15M.