Mayor Isko Moreno Honored to be Compared to Pres. Duterte

Posted by PhilNewsXYZ on July 16, 2019
One of the most popular local chief executive in the Philippines today, Manila Mayor Isko Moreno admitted during an interview with some media personalities that he was honored to be compared to the former Mayor of Davao City-turned Philippine President, the tough-talking Pres. Rody Duterte. 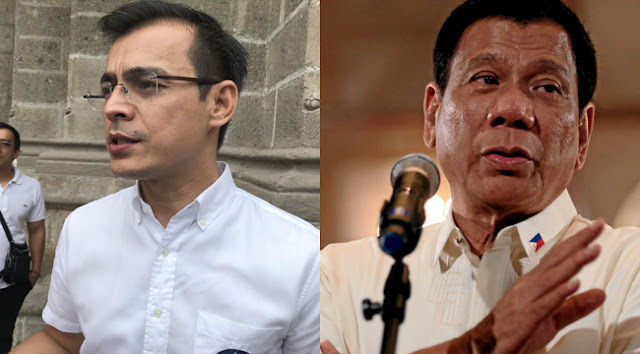 The statement of Mayor Moreno came out after a reporter asked the Mayor of Manila on his opinion after some netizens kept comparing his leadership style in the country's capital city to the former Mayor of Davao City for 22 years.

The popular Mayor of Manila quickly responded to the reporter by saying that it's an honor for him to be compared to the President among the thousands of Mayors around the country.

However, despite the appreciations and accolades received by the former actor, Mayor Isko still beleives that he cannot still be compared to Pres. Duterte because he still needs to do a tremendous amount of work to reach the achievements made by the country's Chief Executive.

“So whatever he did in Davao and geographically speaking… it is the largest city in the country, so whatever he did there ay wala pa sa ginagawa ko, ako nakaka labinlimang araw pa lang,” he added.

President Rody Duterte made a name for himself after he managed to transform the former dangerous city of Davao that is also dubbed as the communists hotbed in Mindanao into one of the country's safest city after more than two decades as Mayor of Davao City.