Posted by Phil Newsome on June 03, 2019
The Philippine National Police which is under the leadership of the DILG Secretary recalled all the police escorts of controversial radio broadcaster Erwin Tulfo, his siblings and all his family members being provided by the agency a few days after Tulfo's controversial rants against Social Welare Secretary Rolando Bautista. 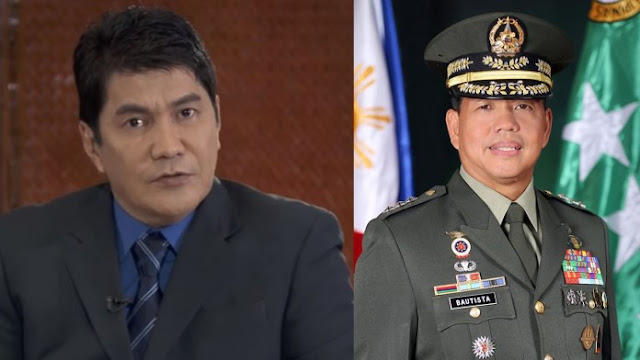 In a news report by the Philippine Star, the decision to removed the security escorts of Erwin Tulfo is because of his recent rants against veteran Army General and present DSWD Secretary Rolando Bautista.

Although some news outlet reported that the police security details being recalled were the results of Tulfo rants, however, the PNP denied the reports and stated that the decision to recall was a response against the broadcaster Erwin Tulfo citing that the security details were only going to “regular review process and revalidation”.

“The continuation of security detail will largely depend on the outcome of this regular review process and the revalidation of the level of threats against the protectees, This standard protocol applies to all authorized protectees, and not only to Erwin Tulfo.” PNP Spokesperson Colonel Bernard Banac said.

Broadcaster Erwin Tulfo made headlines earlier when he criticized DSWD Secretary Bautista for failing to grant an interview for his radio program.

Erwin Tulfo's statement received mixed reactions among thousands of netizens which resulted to a public apology released by Erwin Tulfo himself.

The Radio personality Erwin Tulfo apologized for his “excessive ranting” against the Secretary of Social Welfare Rolando Bautista, but refused to take back his remark against the Cabinet official.