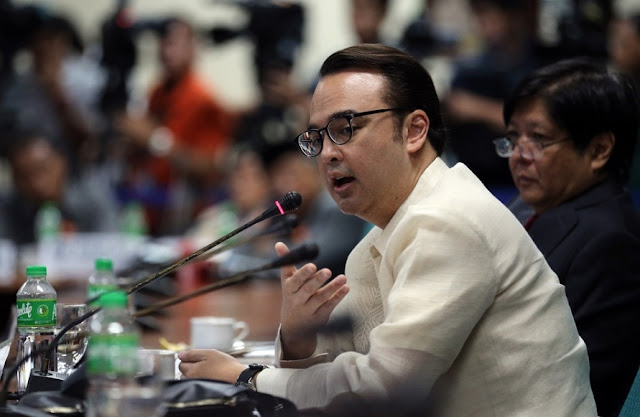 The show of support expressed by Bondoc came out after one of the country's political party, National Unity Party (NUP) announced their supports to Cayetano for House Speaker.

Bondoc even shared an article posted by GMA News about the announcement of NUP chairman Ronaldo PUno that their party will back the candidacy of Cayetano as the new House Speaker of the Lower House of Congress.

According to the veteran singer, he had always supported Rep. Alan Peter Cayetano, because his support is based on personal experience. Jimmy Bondoc also noteddd that he was never paid to endorse anyone, he was just speaking the truth the way we see it.

I have always supported Alan, though I do not mind kung iba-iba tayo. My support kasi is based on personal experience. I have worked with him, I see him put God above all else, and I've seen him lose with grace, after hard-fought battles. Kahit sa basketbol, manalo-matalo, masaya pa rin lahat.

Ngayon, nilalaban niya ito. If it doesn't prosper, I assure you that he will simply quote the Bible regarding faith in God's plans. And if he wins, he will lead the way I've seen him lead- effectively, inclusively, aggressively, but wisely.

Please believe that I am never paid to endorse anyone. I am not worth the money. But we have to speak the Truth the way we see it. Wag sana tayo magpaloko sa mga political noise, because this is all part of the game. Mga magkakampi, biglang nag-aaway, tapos nagbabati ulit.

We were united by PDuterte's social policies, his plans to give dignity to the poorest of the poor. Whoever he chooses or endorses should matter less than the fact that he is winning the war against the oligarchs and lords. Hayaan natin maglaban-laban ang political endorsers because that is their job. Our job as common tao is to be discerning, and to support people based on their merits, as we did for the President.

I support Alan C, but I now understand more the Marcoses even though I was raised in an "anti" environment, and will always hope for a Sara presidency even though she has vehemently declined.