Posted by Phil Newsome on June 06, 2019
World-renowned A-29B Super Tucano Aircraft will be flying to the Philippines as they will be delivered by Brazilian Air Force pilots. The ordered close-air support (CAS) aircraft is scheduled for delivery before this year ends. 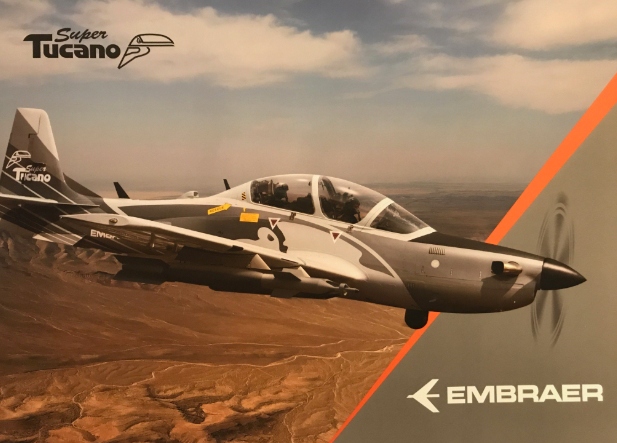 According to some news media outlets in the Philippines, Embraer, the manufacturer ofSuper Tucano, will deliver the first of 6 Super Tucano light attack planes earlier ordered by the Philippine Air Force (PAF).

The Philippine Air Force made the announcement during the Air Force Symposium (AFS) 2019 on June 4, 2019. The rest of the Super Tucano will be delivered in 2020 by the Brazilian Air Force as well.

In 2017, the Department of National Defense (DND) selceted Brazil-based Embraer to supply 6 CAS aircraft for PAF as part of the country's modernization program for the Armed Forces of the Philippines.

Embaer said the A-29 Super Tucano is a durable, versatile and powerful turboprop aircraft capable of carrying out a wide range of missions, even operating from unimproved runways.

“The Super Tucano is the best light attack aircraft in the market and we are confident that it will accomplish with excellence the missions it was selected for,” Jackson Schneider, president and CEO of Embraer Defense & Security said in 2017.

The delivery of the planes purchased at $98.5 million will be completed in 2020, said Philip Windsor, Asia Pacific business development director for Embraer Defense and Security.

Lockheed Martin and Embraer were among the exhibitors at the Air Force Symposium 2019, a one-day gathering of Air Force officers, academe, government sector, foreign guests and defense exhibitors.