Hidilyn Diaz Allegedly Asks the Government to Hire Her Boyfriend as Conditioning Coach for $1,900

Posted by Phil Newsome on June 07, 2019
After the controversial rants of Rio Olympics Silver Medalist Weight Lifting title-holder Hidilyn Diaz of her financial difficulties, the Olympian was once again involved in another controversy after the PSC made a shocking revelation about the athlete. 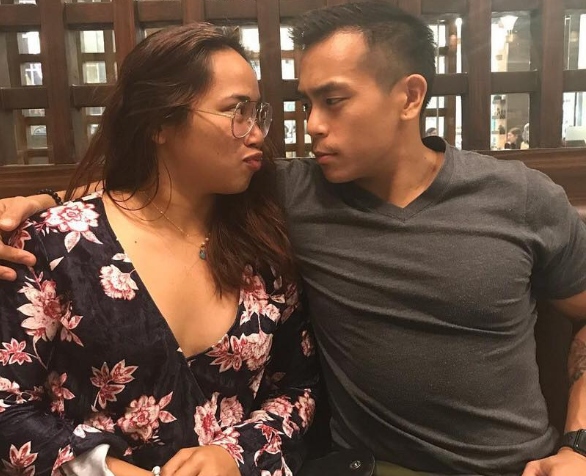 The former Philippine Sport Commission (PSC) Chairman Dr. Aparicio Mequi posted the photo of Hidilyn Diaz and her alleged boyfriend Julius Irvin Naranjo. Six hours after he introduced Naranjo, he explained in social media that Diaz wanted to hire her boyfriend, Naranjo as her conditioning coach.

However, the PSC didn't grant the request of Diaz after she revealed that they need to pay her boyfriend $1,500 (78,000 PHP) monthly, a condominium where Naranjo can stay while doing his job as a conditioning coach, and another $400 (20,000 PHP) for utilities.

In his social media post, Aparicio Mequi was quoted as saying "She wanted PSC to hire him as her strength and conditioning (S&C) coach with a salary of $1,500 and condo inclusive of utilities at $400 or a total of $1,900/month! Now, this fella is from Guam 🇬🇺, named Julius Irvin Naranjo. If he really cares for and loves Hidilyn, why doesn’t he just help her without asking for remunerations?" Mequi said.

"Does he have a working Visa? If none, then BOI should deport him asap! Anyway, PSC didn’t grant this special request for Hidilyn. Hopefully, she will not use this as an excuse if she doesn’t win a medal in the Tokyo 2020 Olympic Games." he added.

Some netizens believed that Diaz is allegedly trying to demand a high salary ffor her boyfriend, but a concerned netizen explained that the silver medalist is only asking a little money compared to other athletes who wanted to win the Olympics.

The story was posted by the former PSC official the same day after Diaz met with PSC officials to discuss her financial problems which made headlines on social and mainstream media. The PSC said that they're ready to give more support to Hidilyn Diaz.