Posted by Phil Newsome on October 26, 2018
The Armed Forces of the Philippines claimed on their latest statement to the media that there's a huge possibility that the massacre of nine farmers in Sagay City, Negros Occidental was part of an alleged communist plot to oust the Duterte administration. 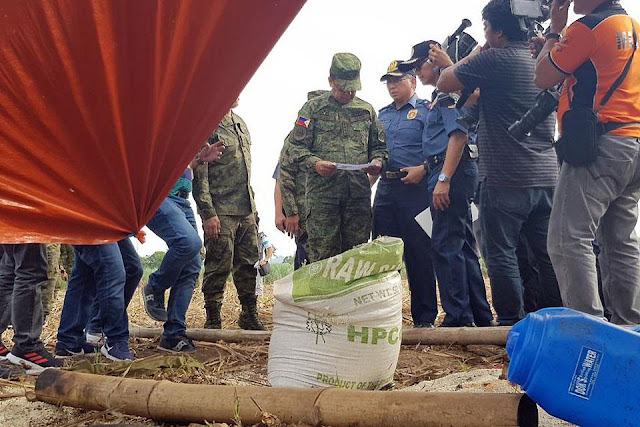 In an official statement released to the media, the AFP was quoted as saying "As we have been stressing in the past weeks, the CPP has been hatching plans to oust the Duterte Administration and this incident is part of their plan to rouse civil unrest and discredit the government," the AFP said.

The Armed Forces also revealed that the murdered farmers in Sagay City were new recruits of the National Federation of Sugar Workers (NFSW), the group was accused of being a front organization of the CPP's armed wing, New Poeple's Army (NPA).

AFP Chief General Carlito Galvez Jr. also cited the DAR's claim that the slain victims were not beneferies  of the disputed land, saying that the communist organization lured them to participate in "Oplan Bungkalan."

"By manipulating, deceiving, and exploiting the needs of these farmers, the NFSW has put the lives of these farmers in grave danger by pitting them against the landowner and other land claimants in the area, with the ends of jumpstarting an orchestrated nationwide protest by leftist groups," Galvez said.

Although the CPP already denied the existence of the Red OCtober Plot against Pres. Duterte, the AFP is convinced that when the conclusive findings of the investigations will be released, the CPP-NPA and its puppet organizations NFSW will have blood on their hands.

Bayan Secretary General Renato Reyes has slammed the military's allegation of the Sagay Massacre, accusing government forces of using the incident for their "repressive military agenda."