Posted by Phil Newsome on April 03, 2018
A self-confessed hater of the Marcos Family and consdiered as one of the vocal supporter of Pres. Rody Duterte on social media, Krizette Laureta Chu thinks that the COMELEC and the sitting VP Leni do not respect the voters enough to give them a clean election and sadly, a clean recount. 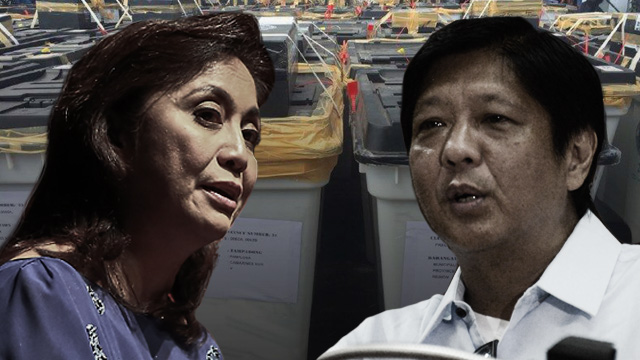 According to Krizette Chu, she really hated the Marcoses and the idea of Sen. Bongbong Marcos as a Vice President but she hate more the fact that VP Leni Robredo and her lawyer thinks its OK to explainn away the wet ballots as "nabasa" from the storm.

According to the concerned netizen, she wondered why it happened that the reasons about the wet ballots are ridiculous as she noted also that the Comelec already said that the ballots were given to the tribunal in good conditions.

Krizette Chu also added that she think the wet ballots issue is the political equivalent of "the dog ate the my homework." If the excuse weren't so tragic, it'd be funny. The Marcos hater also said that she is not going after the Marcos victory but she just wanted to see that the people who voted for Marcos deserved their votes to be counted accordingly.

I hate the Marcoses and the idea of BBM as a VP, but I hate more the fact that Leni Robredo and her lawyer thinks its OK to explain away the wet ballots as "nabasa" from the storm.

Yung, fine, the Marcoses do not deserve the love and devotion people have for them (fight me), pero the people--even if I think they are misguided-- deserve naman for their votes to be counted.

I think the Comelec and the sitting VP do not respect them enough to give them a clean election and sadly, a clean recount.

No matter if i fear a BBM Vice Presidency (and I do, so very very very very much), I fear more a Vice President and a ruling party who makes a mockery of our democracy. Back to zero na naman tayo. Back to elites and our leaders manipulating everything for their gain. (Not that this won't happen during a Marcos VPresidency, but it will happen with the express approval of the people, vis a vis Leni Robredo forcing herself on a country who did not really vote for her. HIRAP!)

Nakakaloka. Mag recount na lang kasi ng maayos kasi even if Leni wins this recount, her win will--no thanks to the wet ballots--still be viewed negatively. Is she OK with being seen as the fake VP for the rest of her term? So if she's fake VP in the eyes of many forever, wala na bang katapusang tong gulo na to? Kasi gusto ko na matapos to. And I was counting on the results of the recount to bring everyone closure, but with this new plot twist, it seems like the second highest position in the land will forever be fraught with conflict.

A rock and a hard place, the devil and the deep blue sea, a cross and a sword. Morton's fork.