Posted by Phil Newsome on April 03, 2018
A former member of the elite Scout Ranger Regiment of the Philippine Army, retired Major Abe Purugganan lambasts the electoral system of the Philippines due to fraud and cheaters proliferating in the country for the past years. 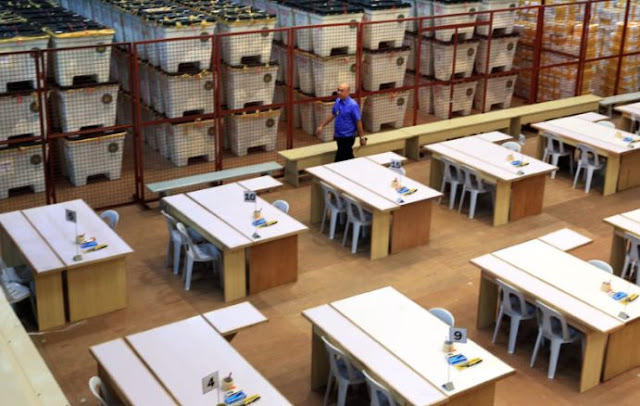 The statement of the former Scout Ranger came out after the controversies involving the wet ballots from Camarines Sur which will be used by the Presidential Electoral Tribunal (PET) to investigate the Vice Presidential race.

Sir Abe also noted that what is worrisome and consider it as a threat to the security to this nation is that this fake officials or cheaters, whatever you want to call them, and they have deeply embedded themselves in our government system.

Fraud or cheating is what makes our political system corrupt. It is also the reason why there is so much corruption in government. For decades and up to this day, cheating has placed so many candidates into public office. We can call them fake officials who were given sensitive positions in government and who exercised authority and power with vast government resources that they have used in the pursuit of their selfish interest and agenda.

What is worrisome and consider it as a threat to the security to this nation is that this fake officials or cheaters, whatever you want to call them, have deeply embedded themselves in our government system, allowing themselves to manipulate government. Moreover, if these fake officials are threatened, they use government as their defense and weapon. This is the reason why we are very vulnerable to political instability.

Cheating has been a way of life for almost all politicians and so with many of our people who sold their votes and who allowed themselves to manipulate election. It is unfortunate that cheating has corrupted our way of life and its effects have cut across in all aspects of our nation's life. Cheating has destroyed and devastated us politically, socially, and economically. Consider the magnitude and expanse of cheating and its destructive effects in the past 32 years, and the numbers of cheaters or fake government officials from president , vice president , senators, congressmen to local officials that have gone through public office, they are the sum total of our burden that have been brought to us by these cheaters. It is huge mountain of garbage that President Duterte administration is trying to clean up.

Cheating is a cancer in our society. It kills our sovereign will. It kills the true mandate of our people. Our votes are not upheld. They are manipulated and sold to the highest bidder. Though we claim to be a democracy, it is all fake because of cheating.

Cheating must be taken out. While charter change is the way to go, a total reform in our electoral system must come first. It must be a priority. Without it, genuine change cannot be achieved even if we go for full federalism, and especially if we adopt the presidential-federal system. COMELEC must undergo a general reorganization and transformation. And it will take a very strong political will to do this. I pray that President Duterte will put his heart into this and put an end to cheating.