Posted by Phil Newsome on March 17, 2018
Netizens took to social media as they shared their positive reactions on the unexpected meeting between Special Assistance to the President (SAP) Bong Go and the viral taxi driver Elcias "Du32" Bugsad. 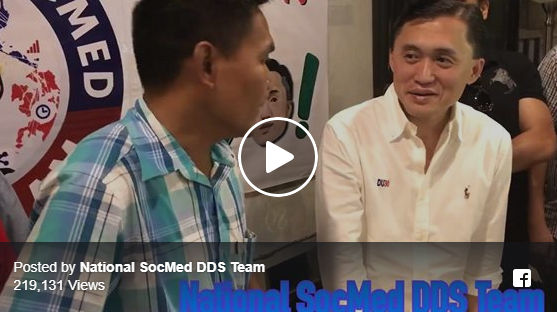 The viral taxi driver made a name for himself in social media after a video posted by one of his passenger went viral on Facebook showing how he imitates almost perfectly the voice of the Philippine President.

During the meeting between SAP Bong Go and DU32, the most trusted aide of Pres. Duterte, SAP Bong asked DU32 on his advice for him especially for his political career.