Posted by Phil Newsome on March 20, 2018
Thinking Pinoy revealed on his latest Facebook Live post that according to some information he received online, Korina Sanchez plans to run for senator in the 2018 national elections. The former broadcast journalist is considered as one of the more popular public figure compared to his husband Mar Roxas. 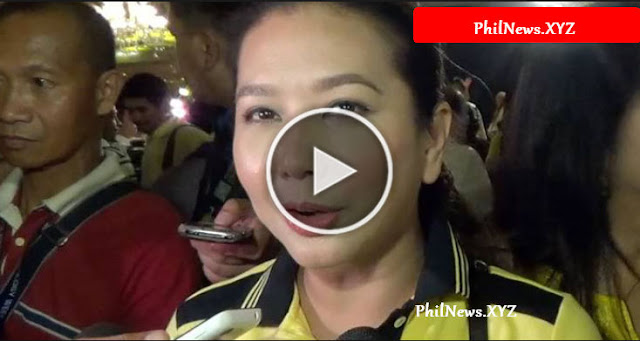 The report about Korina's possible run for senator came out after some information revealed on social media that there were only two winnable candidates for LP, it's Bam Aquino and Mar Roxas.

Watch the Report of TP Regarding Korina's Plans to Run for Senator:

Thinking Pinoy stated that once Korina's candidacy for senator will be finalized or confirmed, the former TV host will find it difficult to survive the public criticisms once she will decide to run for Senator.

During a Facebook Live video of Thinking Pinoy, the popular social media personality reminded Korina Sanchez for her gaffe during the onslaught of super typhoon Yolanda wherein she was involved in a word war against CNN host Anderson Cooper.

Korina Sanchez is a Hong Kong-born Filipino broadcast journalist, television news anchor, senior field correspondent, magazine show host, radio anchor and newspaper columnist who made a name for herself due to the popularity of Rated K on ABS-CBN.