Jimmy Bondoc Explains the Truth About the Controversial POGO

Posted by Phil Newsome on March 07, 2020
Former entert ainer-turned-government official, Jimmy Bondoc who now worked with PAGCOR, in the social responsibility department explained the truth about the controversial POGO operations in the Philippines. 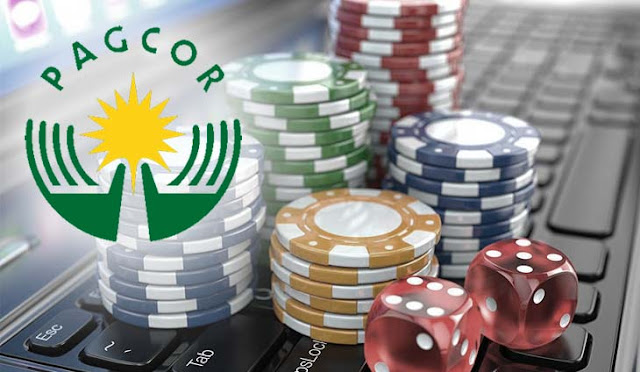 According to Jimmy Bondoc, the problem with the POGO issue is that it is about gambling, and we have been pre-conditioned to think about gam***ng as evil and it is indeed a proven fact. The only question is how do you stop it, the answer has always been: No, it is unstoppable, because people can gam*** anywhere, the next question is, should it be regulated?

The veteran entertainer, explained that by law, our country, has decided to regulate it. That's the reason why there is PAGCOR. He also explained that gam***ng is better regulated instead of left to the hands of the black market, at least there are taxes.

The popular entertainer explained ther eal job of PAGCOR, which is a corporation under the Philippine government and through an executive order issued last 2017, regulating offshore gaming or POGO operations in the country. In a nutshell it is an online gamb***ng but not accessible to our fellow Filipinos because all the players were foreigners and run by foreign companies, just like what we have with the call center companies.

Jimmy Bondoc also revealed that onine gaming have been in operation for the past 10 years but the government only received a mer P2.7 billion when compared to the operations of POGO under PAGCOR, they already remitted about P3.9 billion in just one year of operation.

Totoo naman na madaming masamang epekto ang gambling. The only question is: how do you stop it? That is a question as old as time.

So far, the answer has always been: No, it is unstoppable. Because people can gamble anywhere. So the next question is: should it be regulated?

By law, our country has decided to regulate it. Kaya po may PAGCOR.

Napakahirap na issue, but most pragmatic people have come to realize that gambling is better regulated instead of left to the hands of the black market. At least, may taxes.

Sorry kalat-kalat ang message ko. I am just typing this as I go. This is not a pre-planned post or whatever. I just want to share a personal view.

PAGCOR is a corporation. Therefore, wala naman itong "feelings." It is not for or against gambling in general. It is a juridical entity that simply follows its mandate.

By an executive order noong 2017, ipina-regulate sa PAGCOR ang offshore gaming (POGO). That is the only reason why we are in charge of it - it is by a lawful order.

So bakit ako nagpo-post? Is it to defend POGO (online gaming)?

Matagal na may online gaming. We all know that everything will be digital soon. Gambling is no different.

Sa Angeles, aside from Koreans, ang daming Kano na nagdagsaan din dyan. The prostitution issue has led to so many other issues, crimes, etc.

Even the VFA issue in the high profile case of Jennifer Laude was a product of the "occupation" by the american soldiers.

Well, my personal comment is - matindi ang labanan ng US at China ngayon. And we are the apple of their eye, because we are so beautiful and desirable. Sa totoo lang.
Palagay ko, PALAGAY KO LANG HA, nagsisiraan lang talaga ang dalawa nating manliligaw.

It make affect the real estate boom, but let the cards fall as they may. Let the market forces rule.
---

Prostitution?
Bago pala yan?
Around our office, my heart bleeds almost daily when I see foreigners, honestly often mga puti, with 2 seemingly minor girls, one on each arm. But what can an ordinary man like me do?
Besides, prostitution has been decriminalized in our country, kaya mas humirap siguro ang issue.

Of course, we have to urge our enforcers to protect our women. OF COURSE. But let's be clear naman as to which agencies we should urge. To be clear, it isn't pagcor. How could it be pagcor? Wala ngang power si pagcor pasukin ang illegal pogo!

TOO MANY ISSUES. But I assure you that most, if not all, have valid answers and solutions.

BOTTOMLINE: regulation is hard. Especially of gambling. It is a dirty job, but some agency has to do it.
---

I did NOT join pagcor to be a protector or promoter of gaming. That was never my dream. Like I said, I will do my part in transforming this grey money into GOLD for our nation. And so far, our Chairman has done exactly that.

I wish our bosses and our legislators could see this issue from where we stand. Talagang utusan lang naman ang ahensya namin.

And if u only knew what I know now, you would see how BIG a difference our earnings make, including that from POGO.

Hindi pa ito perfect, it has barely been 3 years. Remember: It was unregulated for so long.
---

But where will the operators go? Balik- underground?
Will the Chinese that the racists hate so much disappear?
Mawawala ba ang prostitution?

THERE ARE SO MANY THINGS TO THINK ABOUT. ALL I ASK IS THAT YOU THINK FOR YOURSELF. Yun lang po. Please don't just believe me if you are my follower, or just doubt me because you're my hater.

I am asking you to make an independent consideration of the pros and cons of the matter. Because truth be told, sa tingin ko, MADAMING MAWAWALAN kapag nawala sa gobyerno ang pogo at bumalik ito sa illegal.

Think for yourself, apart from the politicization of the issue. I know it just seems like it's about gambling. But in essence, it is actually about Police Power.

In the end, we have to choose as a nation. One vote. Ano ba talaga?
Should we or should we not regulate gambling?

I hope you think about that the next time you find yourself watching beautiful plays at Solaire, eating dinner at City of Dreams, or simply enjoying a light game of bingo.

One nation, one vote dapat.
Go or no go.

Basta ako, I believe that this horrible, thankless job is being handled most beautifully by our Chairman.
She and the current board are doing their best to simpy comply with the order to regulate this grey reality.
Ask your friends who have connections. This agency is in the right hands now.

Sana maka-decide na ang bayan.
We have made everything political, and now,
everyone is afraid of everything.
That is the world we live in now.

Pag may nahanap kayong corruption re POGO within PAGCOR, and you trust me enough, i-report niyo sa akin. Ako pa mismo ang lalaban para sa inyo, for the sake of truth.
I give you my word, mga kapatid.