Posted by Phil Newsome on March 09, 2020
Veteran radio host and prominent blogger Mark Lopez slammed Mia Magdalena, a school registrar from the Brent International School in Baguio City for allegedly spreading some fake news regarding the controversial Covid-19 disease in the Philippines. 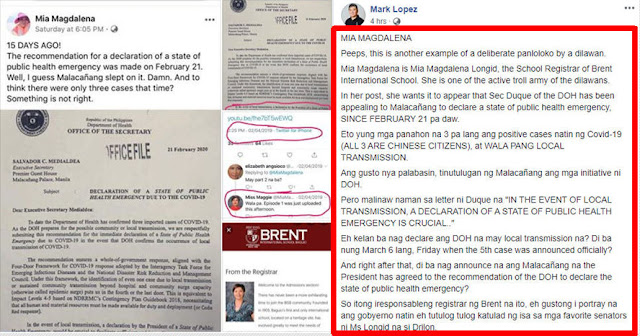 According to Lopez, there is another example of the deliberate "panloloko ng mga Dilawan," as he called out Mia Magdalena Longid, the School Registrar of Brent International School and even dubbed her as one of the active troll army of the dilawans.

The veteran blogger explained that in the controversial post of Longid, she wants it appear that Secretary Duque of the DOH has been appealing to Malacañang to declare a state of public health emergency, since February 21, 2020, during the time when the three confirmed patients in the Philippines who were Chinese citizens were infected by the virus.

The registrar did not even bother to explain that there is no local transmission of the said disease and it is indeed clear in the letter of Secretary Duque that says "IN THE EVENT OF LOCAL TRANSMISSION, A DECLARATION OF A STATE OF PUBLIC HEALTH EMERGENCY IS CRUCIAL.."

Peeps, this is another example of a deliberate panloloko by a dilawan.

Mia Magdalena is Mia Magdalena Longid, the School Registrar of Brent International School. She is one of the active troll army of the dilawans.

In her post, she wants it to appear that Sec Duque of the DOH has been appealing to Malacañang to declare a state of public health emergency, SINCE FEBRUARY 21 pa daw.

Pero malinaw naman sa letter ni Duque na "IN THE EVENT OF LOCAL TRANSMISSION, A DECLARATION OF A STATE OF PUBLIC HEALTH EMERGENCY IS CRUCIAL.."

And right after that, di ba nag announce na ang Malacañang na the President has agreed to the recommendation of the DOH to declare the state of public health emergency? 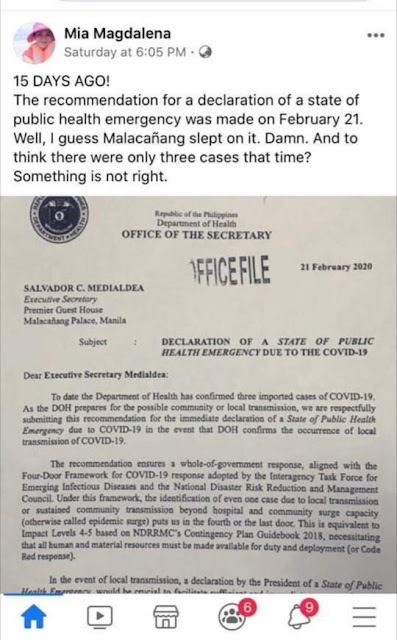 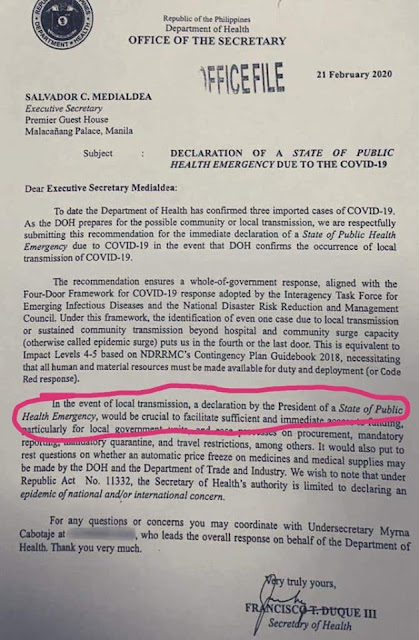 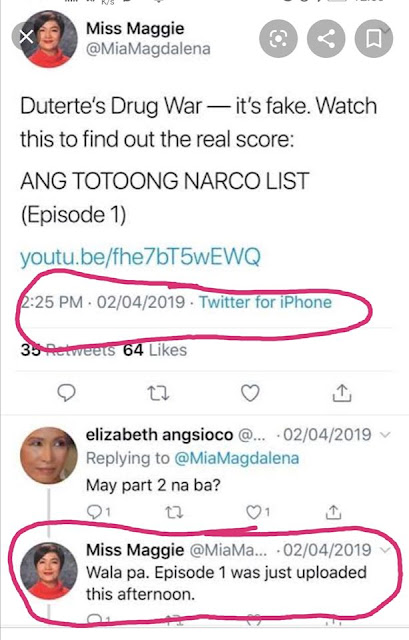 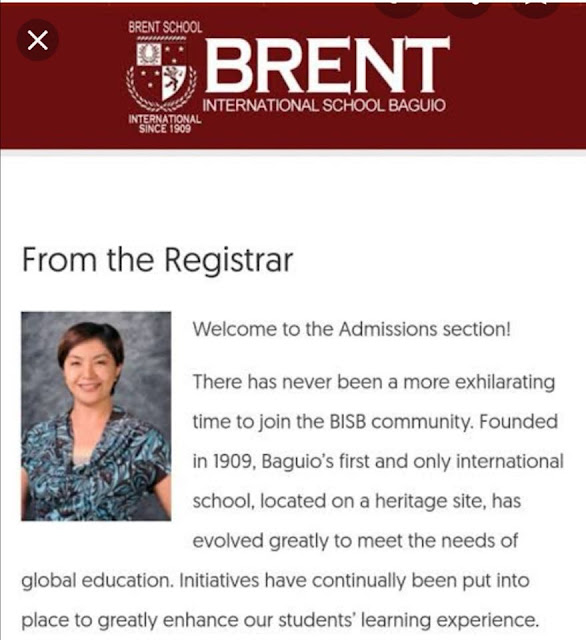