Posted by Phil Newsome on January 04, 2020
One of Japan's investment firms, Mitsubishi UFJ Trust and Banking Corporation had sold at least five (5) percent of its take in the controversial Manila Water Corporation which has been under constant attacked by no less than Pres. Rody Duterte himself. Pres. Rody Duterte started his verbal attacks against water concessionaires, Maynilad and Manila Water after the Permanent Court of Arbitration (PCA) in Singapore directed the Philippine government to pay the firms over P10 billion for the non-implementation of water-rate increases.

The selling of Mitsubishi's stake reportedly added another headache to the Ayala-led company managing the water distribution in some parts of Metro Manila.

Based on stock exchange filing, Manila Water said it divested 37.96 million shares in November to December 2019 from P19.22 to P5.73 each share.

With the reported divestment of funds, Mitsubishi UFJ Trust & Banking Corp. is now left with a 4.78 percent indirect stake in the Ayala-led utility firm, Manila Water.

For the past few years, Mitsubishi has been a long-time partner of the Ayala Group since the year 1974 and has been a shareholder of Manila Water since 1997.

During the past few weeks, utility firms Manila Water owned by the Ayala Family and  the Manny Pangilinan-led company Maynilad, have been verbally attacked by Pres. ROdy Duterte for allegedly shortchanging customers and the Philippine government. 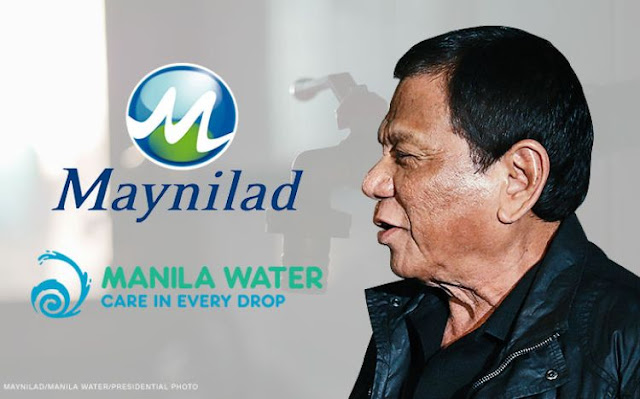