Rep. Mangudadatu Thankful to Pres. Duterte Who Helped Him Find the Victims of Ampatuans

Posted by Phil Newsome on December 20, 2019
The 2nd District Representative of Maguindanao, Congressman Esmael "Toto" Mangudadatu is forever thankful to Pres. Rody Duterte who helped him to find the victims of the Ampatuans in 2009. Toto Mangudadatu claimed that former Mayor Duterte lend him his helicopter during the incident. 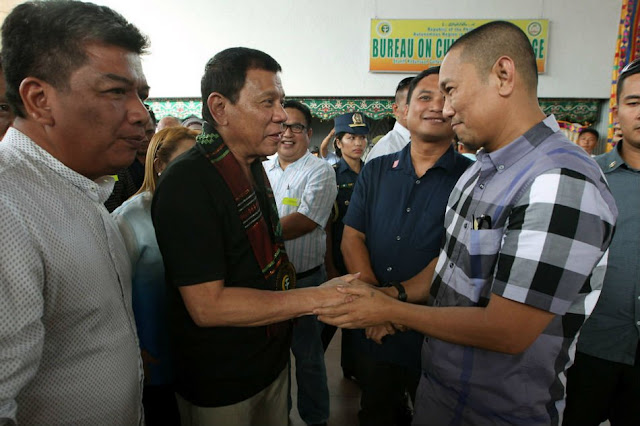 In an exclusive interview with DZMM, Rep. Mangudadatu narrated how former Mayor Rody Duterte of Davao City offered his assistance to help him find his family who were buried by the Ampatuans  in a remote area in Maguindanao.

The Maguindanao congressman revealed how the veteran local chief executive of Davao City helped him to borrow a chopper to conduct an aerial reconnaissance which resulted in the discovery of the mass grave where his family members, supporters, and 32 media practitioners were buried as an attempt of the Ampatuans to hide the incident.

According to Rep. Mangudadatu, the President of the Philippines, President Rody Duterte promised to him that he would end the Ampatuan case before his term ends as the country's chief executive.

The promulgation of the Maguindanao case involving the Ampatuans was announced yesterday, one decade after the incident, eight members of the Ampatuan clan were found guilty and sentenced to a maximum of 40 years of detention.

The suspect includes Datu Andal “Unsay” Ampatuan, Jr., Zaldy Ampatuan, and Datu Anwar, Sr. who were brought to the national penitentiary after the promulgation of judgment.
pa
Watch the Exclusive Interview with Rep. Mangudadatu: