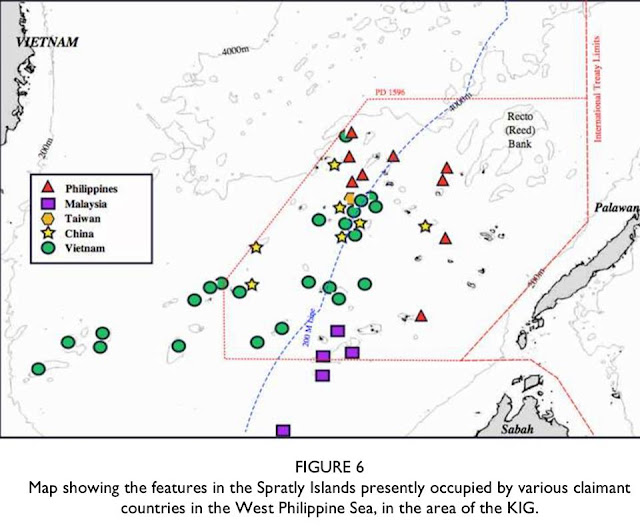 According to Bobi Tiglao, he is now in doubt whether Justice Carpio is ignorant or lying on his latest pronouncements regarding the controversial issue involving the Philippine Exclusive Economic Zone (EEZ) in the West Philippine Sea.

The statement of Carpio caught the attentions of Bobi Tiglao who confronted Carpio in social media as he noted that the Supreme Court Justice is so wrong, or lying through his teeth. Tiglao then shared a map of the West Philippine Sea as cited by author Aileen Baviera and Jay Batongbacal.

Tiglao also doubts the sincerity of Justice Carpio in the West Philippine Sea issue as he noted that based on the map, Vietnam has the biggest number of islands, rocks and reefs, a total of sixteen islands of these features. From the 16 claimed by Vietnam, six of these are in the area that is both within the Philippine and Vietnam EEZ and within our sovereign territory we call Kalayaan Islands municipality.

Read the Complete Expose Made by Bobi Tiglao Against Justice Carpio:

CARPIO IS IGNORANT OR LYING, OR FOR A VERY BANAL "FILIPINO" REASON

He is so wrong, or lying through his teeth. Map here is from “The West Philippine Sea: The Territorial and Maritime Jurisdiction Disputes a Filipino Perspective, A Primer.' Authored by Aileen Baviera and Jay Batongbacal, the latter a very anti-China academic.

Vietnam (green dots) has the biggest number of islands, rocks and reefs which we claim: SIXTEEN.

SIX of these are in the area that is BOTH within our EEZ (blue line) and within our sovereign territory we call Kalayaan Islands municipalityas defined by Marcos' PD 1596.

TEN features are outside our EEZ but within Kalayaan. Vietnam grabbed its sixth island from us, Pugad Island (Southwest Cay) only in 1975, which they turned since 2016 into a military fortification.

China (yellow stars) occupies seven features-- none of them island or rocks, but reefs. -- most of which they turned into artificial islands in response to Aquino/del Rosario's filing of an arbitration case in China in 2013.

In his long e-book, his numerous speeches in our embassies and here, Carpio never ever mentions that Vietnam has the biggest number of islands, rocks, and reefs which we claim are our own, either because it is within our EEZ or without our Kalayaan Island Group Muncipaltiy.

I wonder if his having a Vietnamese wife a reason for this. Did she have relatives killed in the 1974 Paracels battle between Vietnam and China? "Takuza"? 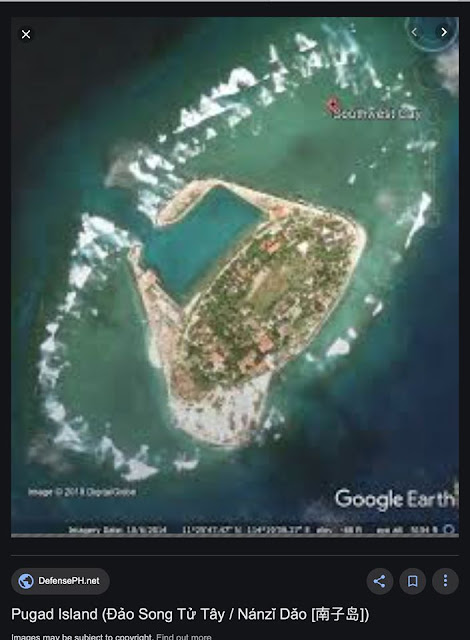