Posted by Phil Newsome on June 10, 2019
The President of the Republic ordered all the Board Members of the Philippine Health Insurance Corporation (PhilHealth) to submit a Resignation Letter to the President until 3:00 PM today, June 10, 2019. 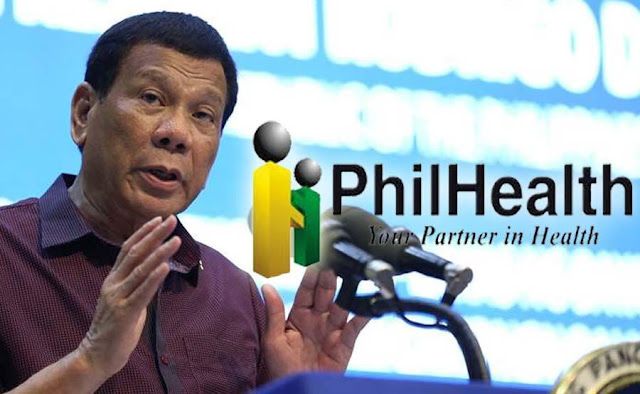 Pres. Rody Duterte's order was made public a few hours before the schedule 5:00 PM meeting between the President and officials of PhilHealth.

The former Mayor of Davao City wanted to know everything about the controversial overpayment of a certain dialysis center and how did it happen. Pres. Duterte wanted to know if the same issue happened to other PhilHealth accredited hospitals.

Pres. Duterte stated earlier during an interview on Saturday that once he will return to Metro Manila he will do everything to investigate the case and re-shuffle all government employees and officials working with the country's health insurance agency.

Despite all the controversies involving the P100 billion bogus claims, the President noted that he has the complete trust with the head of PhilHealth, Dr. Roy Ferrer.

During an event in Davao, Pres. Duterte was quoted as saying "When I go back, I’m making the announcement that I am maybe reshuffling the Philhealth. And I will —marami talagang may sakit na nakikinabang sa Philhealth. But the sheer amount na 100 something billion is totally ,totally unacceptable to me," the President stated.