Must Watch: Pastor Apolinario Admits Its Hard to Return Kapa's Donations After Freezing of Accounts

Posted by Phil Newsome on June 19, 2019
KAPA Founder Pastor Joel Apolinario admits during his latest social media appearance that it is indeed hard to return Kapa's donations after the government ordered freezing all the accounts and assets of Apolinario and his wife. 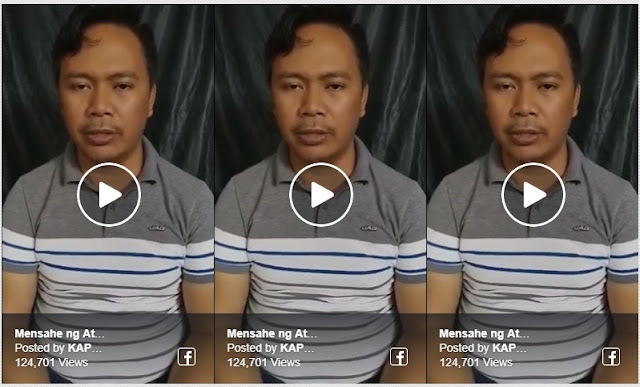 The controversial religious leader asked understanding from all his members that right now he is still hiding because of the numbers of death threats he received.

Pastor Joel urged all the members of Kapa to attend their prayer rally which will be conducted in different parts of Mindanao because right now it is the only tool they can use because of the fact that it is indeed difficult for them to returned all the hard-earned money donated by members of Kapa nationwide.

The crackdown against Kapa and other investment groups in Mindanao started after the President ordered the National Bureau of Investigation to stop all Ponzi-scheme activities in the country in coordination with the Securities and Exchange Commission.

Kapa became a household name in Mindanao after reports from its members that the group were indeed giving away at least 30% returns on their investments which they dubbed as donations while the interests are called blessings.

The video statement of Kapa founder Joel Apolinario lasted for only 2 minutes with some disappointed members raised concerned on the issues the group is facing right now and all they wanted is just to recover their investments or donations from KAPA.