Posted by Phil Newsome on June 22, 2019
A high ranking official of the Department of Transportation (DOTr), Assistant Secretary for Communication Goddes Hope Oliveros Libiran proved once and for all that no government official should be above the law, after she submitted herself to authorities for committing traffic violation. 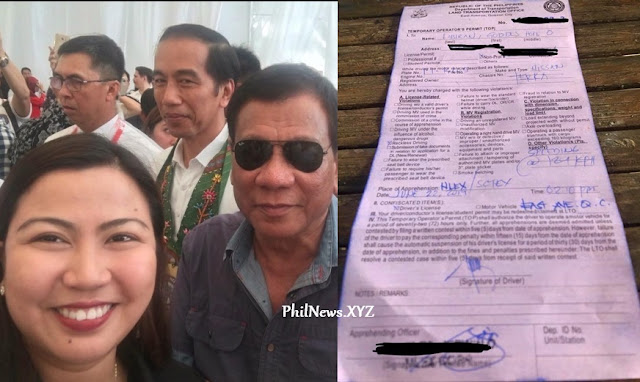 Netizens lauded Asec Libiran's gestures of not using her name or position and was rightly served a ticket for her violation.

Asec Libiran admitted her mistakes and posted a photo of her ticket and turned the incident into a learning lesson for her who served as one of the top officials of the DOTr.

Despite the supposed influence of Asec Libiran with the traffic enforcer after she was pulled over, she quickly tuned the incident into a teaching moment not only for her but also for all motorists.

Libiran could easily used her influence and name or status to get out from the violations she committed but she proved that under the Duterte administration no one is above the law.

Asec Libiran accepted the ticket and posted it social media to teach a lesson to everyone that one is above the law. Despite her job as the one to oversee transportation operations, she proved that she is still subject to the same rules and regulations everybody helped to craft.

The DOTr Asec caption her photo aptly, and all those power tripping officials who think they can fly in the face of the law should pay attention: "Sumunod ka kung gusto mong sundin ka."

Asec Libiran also added an important reminder - stop calling in your favors and lofty connections to get out a measly traffic ticket that you are very well-deserve. Like they say, accepting the consequences of your actions is the first step to growth. 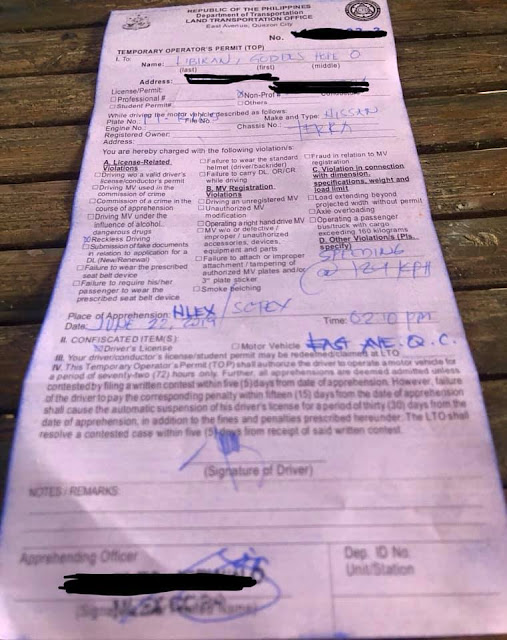