SWS Survey Results: 7 Out of 10 Filipinos Have "Much Trust" in Pres. Duterte During the 3rd Quarter of 2018

Posted by Phil Newsome on October 27, 2018
The tough talking President of the Republic is considered as one of the most trusted leader in the country today according to the latest survey of the Social Weather Station (SWS) which reported that 7 out of 10 Filipinos have "Much Trust" in Duterte during the third quarter of 2018. 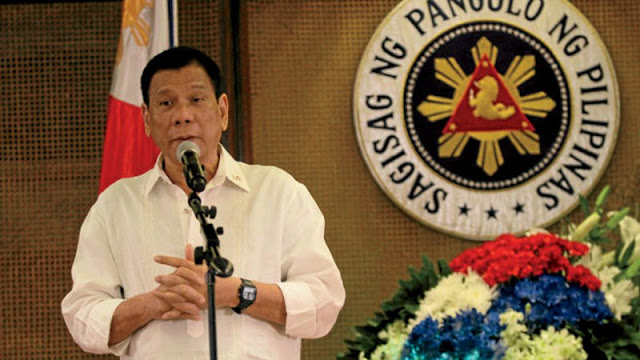 In the latest SWS survey conducted from September 15 to 23, 2018 with a total of 1,500 respondents, 74 percent of Flipinos have much trust, 14 percnt undecided, and 12 percent have "little trust" in President Rody Duterte.

The results translated to a net trust rating of +62 (percent much trust minus percent little trust), classified by the SWS as "Very Good."

Pres. Rody Duterte's net trust rating is a five-point increase from the very good +57 in June 2018 according to SWS.

According to SWS five-point increase in President Duterte’s overall net trust rating from June 2018 to September 2018 was due to increases in Metro Manila and rest of Luzon, combined with steady scores in Visayas and Mindanao.

Pres. Duterte's net trust rating rose by one grade from good to very good in Metro Manila, it stayed very good in the rest of Luzon, remained good in the Visayas and stayed excellent in Mindanao.