Posted by Phil Newsome on October 31, 2018
The tough-talking President of the Republic, President Rodrigo Roa Duterte expressed condolences to the families of victims of Bagyong Rosita which hits some provinces in northern Luzon. Bagyong Rosita caused floods, landslides, and devastation of properties, livelihoods and agricultural areas in Northern and Central Luzon. 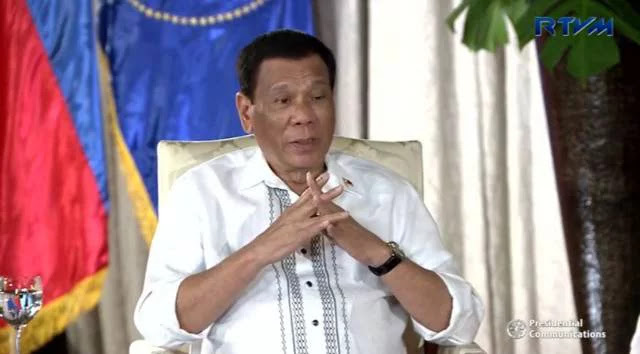 Pres. Duterte confirmed that he will personally condoles with the victims and visit the affected areas to personally assess the situation.

“The Palace wishes to express its deep condolences to the families and loved ones of the victims who perished in Natonin, Mountain Province, when the Department of Public Works and Highways (DPWH) building was covered by a landslide, along with others who died due to the typhoon,” Presidential Spokesperson Salvador Panelo said in a statement.

According to some information provided by some media outlets on the ground, at least 30 people were feared buried under a massive landslide in Natonin.

Presidential spokesman Atty. Salvador Panelo said that the President has directed all government agencies to immediately respond and undertake measures to help the victims and families and to rehabilitate the typhoon-ravaged areas of Northern Luzon.

The DPWH in various regions with the help of the local government units, NDRRMC and other agencies made some efforts in the clearing and repairing of roads that have become inaccessible or impassable.

“PRRD is on top of the situation, and he, together with the rest of the members of Cabinet, will visit the affected areas to assess the situation,” Panelo said.

“The public can count on the government that it will undertake all necessary actions and not take a load off, if need be, during this time of adversity,” he added.

The Duterte admin through the Department of Social Welfare and Development (DSWD) together with the local government units (LGUs), has already provided a total of Php834,304.90 worth of assistance.