Posted by Phil Newsome on September 10, 2018
GMA News reporter and member of the MPC, Joseph Morong was burned down by Spokesperson Harry Roque on the issue about the validity of former Defense Secretary Voltaire Gazmin signing the amnesty of Sen. Antonio Trillanes. 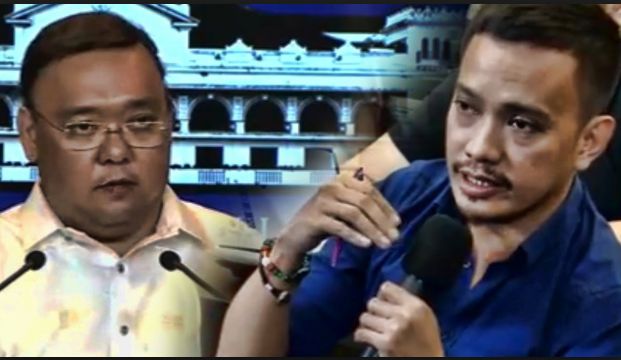 During the press conference held on Monday, September 10, 2018, Joseph Morong asked Spokesman Harry Roque by saying "Why does it appear to the Palace that it was Sec. Gazmin who granted the amnesty? Morong asked.

Spox Harry Roque simply answered by saying "Again, the President thinks and believes that an authority expressly granted to the President cannot be further delegated by the Preisdent." Morong stated.

Joseph Morong still insisted on his belief and question, as he made a follow up, by saying that "Why do we believe that it is delegated." This time around Spox Harry Roque burned down Joseph Morong by saying.

Spox Harry Roque answered brilliantly by saying "Because the wordings of the Constitution is that the grant of pardon and amnesty is the power to be exercised solely by the President." When Morong still insisted on his question, the Presidential Spokesman noted that Gazmin is not a President, that's why the position of the President is the amnesty was not properly issued and it is based on the language of the Constitution.