Must Watch: Spox Harry Roque Burns the Media Anew Lectures Them About the ICC (Video)

Posted by Phil Newsome on March 16, 2018
The veteran public international law professor and Presidential spokesperson Harry Roque burns the mainstream media anew during press conference wherein he was able to lecture the media on the real role of the International Criminal Court (ICC) and the reasons why Pres. Duterte decided to withdraw its membership from the ICC. 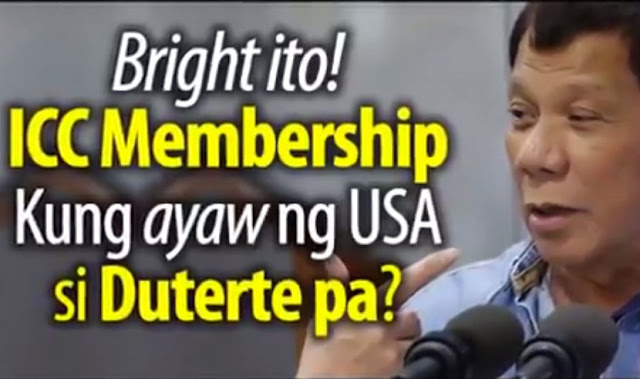 Watch How Spox Roque Burns the Media Anew About the ICC:

Spox Harry Roque was asked during the press briefing on "how would this affect the impression of the internatioanl community following the action of the President to withdraw from the ICC, aren't you concerned?"

Spox Roque explained further that there are 198 countries in this planet, only 124 countries are members of the ICC and less two now, it is at 122 member countries of the International Court.

The former Congressman of Akbayan also burned down another reporter when he was asked about the credibility of his MRT witnesses because Magtanggol stated that they are without credibility but Roque responded by saying "paano niya alam, hindi naman niya alam ang mga whistle blowers ko, hindi ko nga siya nakakausap."

During the said press briefing, Spox Harry Roque explained that decision of the Philippines to withdraw just proves perhaps the fears of other countries including the United States that the prosecutor is unduly powerful without accountability is probably correct. It has nothing to do and it will not affect our image, because if the United States did not agree to become a member for reasons now that the President is invoking then somehow there must be truth on the policy of the United States not to have joined the ICC and it's not just the United States, its Russia, China and other powerful countries as well.