Posted by Phil Newsome on March 26, 2020
A viral video is now circulating online showing Senator Aquilino "Koko" Pimentel socializing in an alleged birthday party together with some high-profile guests circulates on social media. 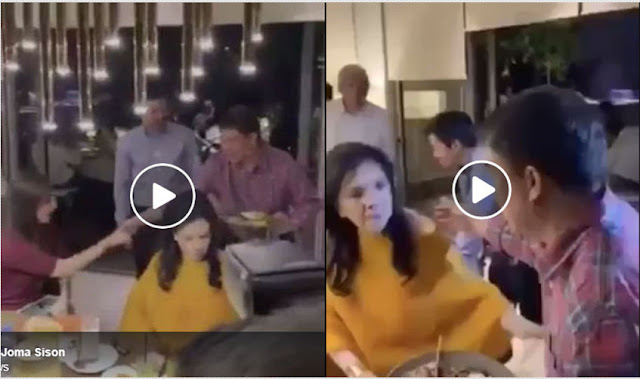 Sen. Koko Pimentel is now on hot water and facing controversy after he allegedly exposed some staff of the modern medical facility, Makati Medical Center to COVID-19 after he was found positive to the said deadly virus.

The video was originally posted and circulated by the official Facebook Page of the Founding Chairman of the Communist Party of the Philippines Joma Sison. He posted the said video showing Pimentel and Sen. Manny Pacquiao socializing with different high-profile guests in an unknown location.

In the comments section of the video, some netizens asked the exact date when the video was taken but Sison explained that it was only sent to him by one of his social media followers or friends. He even mentioned that in the video, Sen. Manny Pacquiao and socialite Baby Arenas were also present.

Due to the confusion brought about by the said video of Pimentel and Pacquiao socializing, somene informed Sison that the video was taken during a fellowship dinner consisting of PDP-Laban members and supporters.

The video was taken before the COVID-19 outbreak in the Philippines.

It was reported that Sen. Koko Pimentel and other Senators were only exposed to a COVID-19 positive patient on March 11, 2020 so its possible that the former was not yet sick during the fellowship dinner.

Watch the Video of Sen. Koko and Pacquiao Together: