Must Watch: Veteran Doctor Shares Most Relevant Information About COVID-19

Posted by Phil Newsome on March 22, 2020
Veteran doctor and epidemiologist Dra. Maria Consorcia Lim-Quizon shared the most relevant information regarding the controversial Corona Virus 2019 (COVID-19) as she explained the real meaning of the said virus. 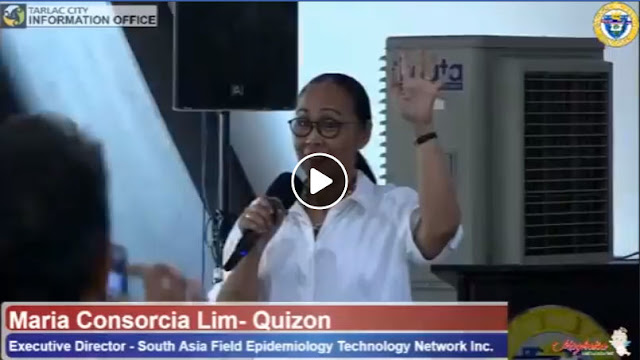 In a viral video posted by Facebook user Ryell Cruz, the doctor who worked as Executive Director of the Southeast Asia Field Epidemiology Technology Network Inc., she explained that for every epidemic there are two, the real epidemic, and the epidemic of fear and panic.

Dra. Quizon stated further that more often than not, the epidemic of fear and panic wreaks more havoc compared to the real epidemic itself.

During the SARS epidemic, she revealed that the Prime Minister of Singapore said, the SARS killed more businesses in Singapore than the real epidemic itself.

Her mission is to quell the epidemic of panic in the Philippines due to the controversial COVID-19.

The video of the viral doctor was first published by the Tarlac City Information Office, and as of this posting time, there are around 305K people have already saw the video and still counting.

Dra. Lim-Quizon also explained the difference between the term epidemic and pandemic. The disease can be declared an epidemic when it spreads over a wide area and many individuals are taken ill at the same time.

If the spread escalates further, an epidemic can become a pandemic, which affects an even wider geographical area and a significant portion of the population becomes affected.