Posted by Phil Newsome on March 03, 2020
An irate social media blogger accused the Kapamilya Network as the "Master of Deception" as the network showed being defiant to its last breath crying Right of Expression. The blogger then wrote an epitaph for ABS-CBN's shutdown. 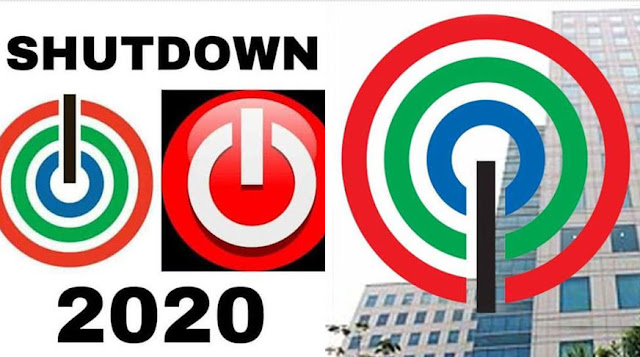 According to DDS Blogger Jun Abines, the controversial station robed him of his time, happiness and sanity. He also noted that the TV "is the single most potent "brain washing machine" ever invented by man. It manipulates opinion, habit and point of view. Who controls the TV, controls public opinion."

Abines stated that in the Philippines, ABS-CBN is the perfect exampl and cited the reason why he believed so. "In the Philippines, ABS-CBN is one of the most powerful "brain-washing machine" that took the Filipino to long, pointless joy ride. They entertained the Filipino people with senseless entertainment while the nation is being plundered mercilessly."

The DDS Blogger lamented also that for the last three decades, ABS-CBN operated Channel 2, the Filipinos woke one day that all the most basic needs of Filipino existence are already in the hands of private individuals, no longer controlled and owned by the government.

THE MASTER OF DECEPTION

I have long abandoned watching TV for more than a decade. It robbed me of my time, happiness and sanity. It's like taking a journey without getting anywhere. TV is the single most potent "brain-washing machine" ever invented by man. The tv talks, the people listen. It manipulates opinion, habit and point of view. He who controls the TV station, controls public opinion.

In the Philippines, ABS-CBN is one of the most powerful "brain-washing machine" that took the Filipino to a long, pointless joy ride. They entertained the Filipino people with senseless entertainment while the nation is being plundered mercilessly.

34 years after ABS-CBN operated the Channel 2 station, the Filipino woke up and relialize all of the most basic and vital needs of Filipino existence are no longer owned and controlled by the Government. Water, power, telephone, internet, hiways, banks, airlines and government owned oil companies were all sold to private sectors.

We are like a whole family watching a favorite tv show. After the episode, we realized our whole house was ransacked by thieves and all our appliances and belongings are gone!

When Duterte gate crashed the election party in 2016. ABS-CBN was furious. This uninvited 'probinsiyano' must be put to where he belongs. They have it all well planned. The next President will either be Roxas or Poe. Both are their puppets. Dismantling Binay was a walk in the park. Miriam Defensor was dying. This election is in the bag!

ABS-CBN pulled all of its best tricks from their bag of deception to destroy Duterte. He must be destroyed at all cost! The rest is history.

Imagine if there was no social media. President Rodrigo Duterte would have not won. And the plundering of our country would have continued.

Now that ABS-CBN's franchise is about to expire, they begged for sympathy. They cried for the death of freedom of expression. They begged for thier employees welfare whom they bullied and disrespected since they started business.

As ABS-CBN gasps for the very last breath, they remain defiant. They themselves already believed in their own lies. In their tomb, it should say:

"Here lies the Master of Deception, defiant to its last breath crying Right of Expression"