Posted by Phil Newsome on February 06, 2020
A Chinese national is now making the rounds on social media as he was involved in a simple traffic violation turned out to be a disaster as he was allegedly caught spitting on a police officer and reporters. 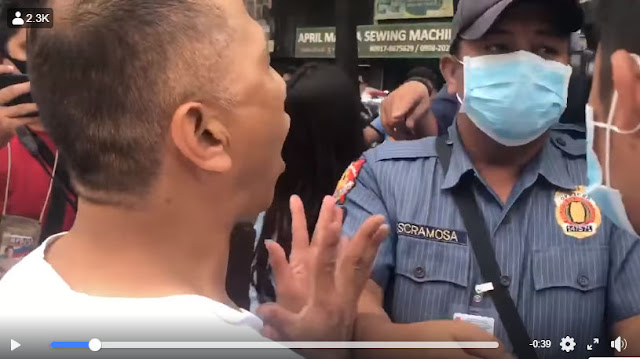 The alleged Chinese national who's driving during the coding hours was caught possessing shabu.

According to the statement released by the Manila Traffic and Parking Bureau (MTPB), they first saw the suspect driving his vehicle around Binondo and they tried to stop him there for not following the number coding of the city, however, the Chinese national started to flee the authorities.

The Chinese national suspect even crashed several vehicles he approached while scaping the simple traffic violation he committed, and they found out why he's desperately trying to flee the law enforcers.

Watch the Video of the Chinese National:

Later on the Chinese was cornered along Tayuman and Abad Santos and the apprehending officers discovered a sachet of shabu.

The cops are also having a hard time communicating with the suspect because he’s not speaking English and trying to be uncooperative.

The Chinese was even caught on camera spitting to a police officer and two reporters who approached him.

During the investigation, the Filipino who accompanied the Chinese national said that the latter is still hiding more illegal substance in his hotel.