Posted by Phil Newsome on January 06, 2020
The tough-talking President of the Republic, Pres. Rody Duterte has ordered the Philippine Military to prepare its aircraft and ships for the possible evacuation of Filipinos in the Middle East particularly Iran and Iraq, if tensions between the US and Iran further escalates as confirmed by a Defense Official. 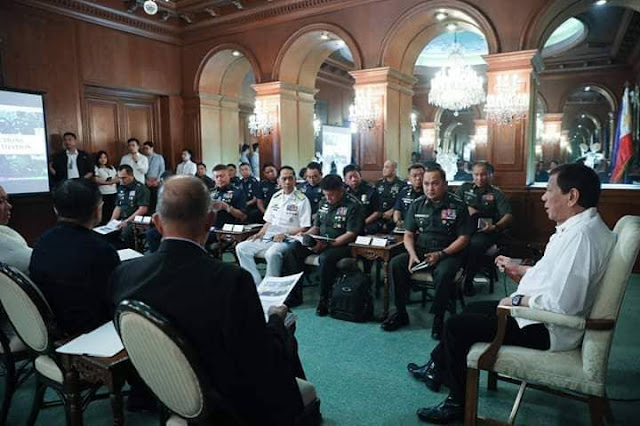 Pres. Duterte held an emergency meeting with top defense officials in the country as he called Defense Defense Secretary Delfin Lorenzana and officials of the military and police in Malacañang on Sunday to discuss the situation in the Middle East, Department of Defense Spokesperson Arsenio Andolong said in a statement.

"The sole agenda was how to ensure the safety of our countrymen in the Middle East especially those in Iraq and Iran as the tension between the US and Iran rises," Andolong said.

Based upon the official records of the Department of Foreign Affairs (DFA) and OWWA, there are 1,600 and 6,000 Filipinos in Iran and Iraq, respectively, he said.

The tensions between the United States and Iran escalated after a US drone strike killd military commander and veteran tactician Qassem Soleimani in Baghdad on Friday.

The attack against the top Iranian General took l took long-running hostilities between Washington and Tehran into uncharted territory and raised the specter of wider conflict in the Middle East.

Iran condemned Donald Trump on Sunday as a "terrorist in a suit" after the US president threatened to hit 52 Iranian sites hard if Tehran attacks Americans or US assets in retaliation for the killing of Soleimani.