Posted by Phil Newsome on January 12, 2020
Mayor Art Despi of the Municipality of Bantayan gathered more than 600 participants representing more than 370 Purok Leaders, Barangay Officials as well as more than 70 BPAT from the 25 Barangays of Bantayan for the implementation of Solid Waste Management initiative through the Purok System. 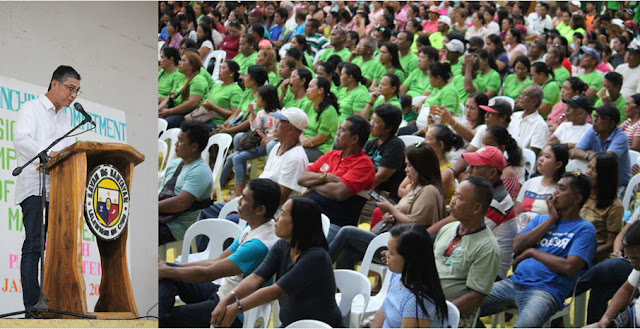 The event held inside the sprawling Bantayan Multi-Purpose Gym was attended by no less than the Regional Director of DENR EMB, Regional Director Lormelyn E. Claudio, CESO IV, Mayor Art Despi & Sangguniang Bayan Members of the Municipality of Bantayan.

The Bantayan Purok System Launching and Commitment Signing in the Implementation of the Solid Waste Management initiative was initiated by the Bantayan Mayor after he sent his 16 Purok Organizers to the 25 Barangays for the re-orientation and re-organization of the once neglected Purok System.

The launching of the Bantayan Purok System is one of the major programs implemented by the Despi Administration to nurture potential leaders among the residents of Bantayan and to awaken the Bayanihan traditions which is prevalent during the 60's to 90's in the bountiful island of Bantayan. 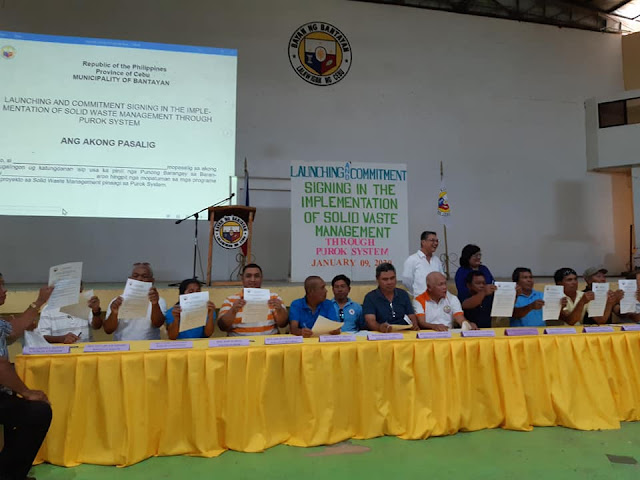 Mayor Art Despi reportedly initiated the Purok System of Bantayan during the year 2016 when he was first elected as the Municipal Mayor, but due to some technicalities he was removed from office serving only 10 fruitful months.

During the 2019 elections, Mayor Art Despi once again prevailed as the winner with more than 2,000 votes favoring him over his rival political clan, who dominated the political scene of the Municipality for more than 80 years.

The Purok System of Bantayan is patterned with the successful Purok System implementation in the Island of Camotes, in Western Cebu, particularly in the town of San Francisco, headed by Mayor Aly Arquillano.

During the Purok System Launching and the Commitment Signing in the Implementation of the Purok System held on Thursday, January 9, 2020, Mayor Art Despi urged his constituents, Purok Leaders and Barangay Officials to enforce the laws and provisions, regarding the implementation of Republic 9003 (Solid Waste Management Act of 2000) in the Municipality of Bantayan.

DENR EMB Regional Director Lormelyn E. Claudio, CESO IV, was impressed with the massive support showcased by the leaders of the 25 Barangays in the Commitment Signing for the Implementation of the Solid Waste Management as she promised also to coordinate with the Municipal Government to provide all the necessary help they could extend for the success of the initiative. 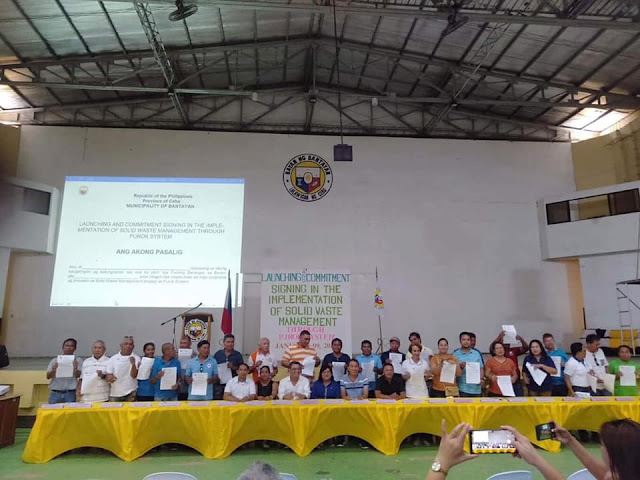 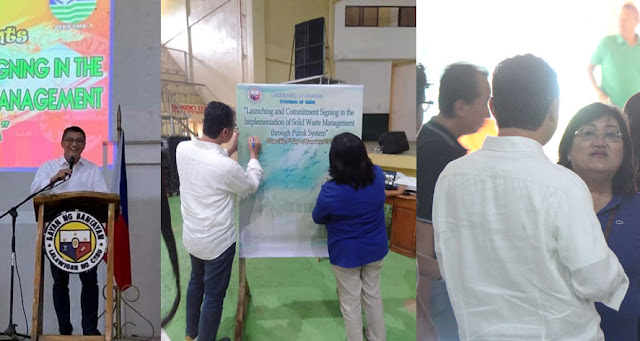 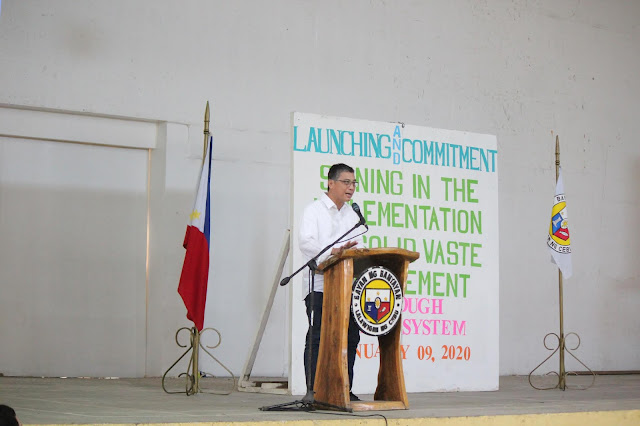 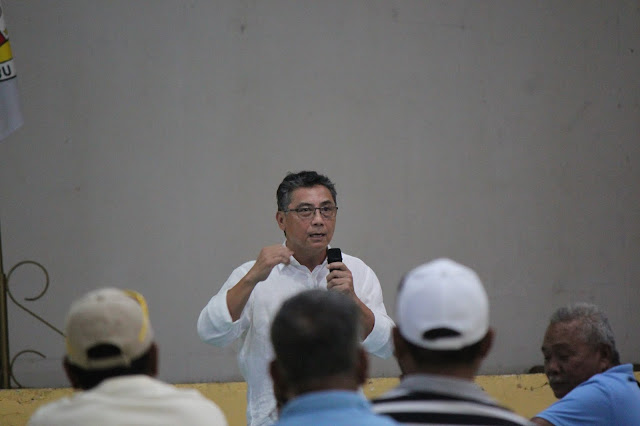 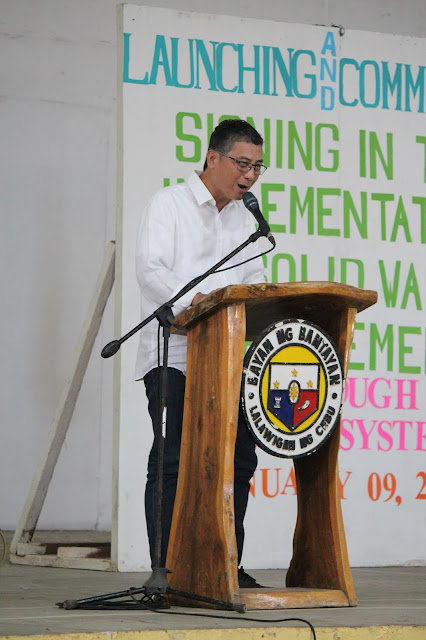