Posted by Phil Newsome on November 10, 2019
The Vice President of the Philippines, VP Leni Robredo made headlines in the mainstream media after her recent appointment as co-chairperson of Inter Agency Committee on Illegal Drugs, this time around for "hiking" in a remote Barangay in Rizal. 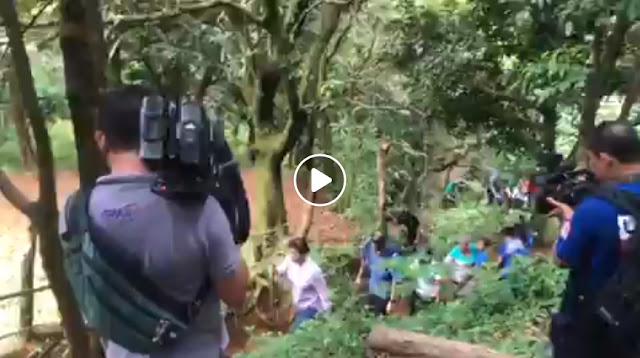 VP Leni draws flak online from netizens after a video of the Vice President hiking in Tanay, Rizal was posted on social media. The Vice President was ridiculed by some netizens as they called out the media for claiming that the VP was visiting a remote barangay.

One resident who claimed to be a local resident of Barangay Tandang Kutyo, Tanay insinuated that VP Leni did not hike for more than hours as claimed by GMA News Facebook post.

In the said video, cameraman and reporters took their vantage position ahead of Leni Robredo's hike party and was waiting with their cameras rolling to welcome the Vice President of the Republic.

One of the reporter asked VP Leni how was the hiked and she replied with a laugh, "Masakit sa paa!"

The controversial hike video of VP Leni Robredo has elicited unflattering remarks versus the Vice President on Facebook.

Read Some of the Comments Against VP Leni:

Theodore Cruz: "Yan si Leni Robredo, the media is ever ready to cover her every move to boost her image. A little too late I think because the majority of the voters knew who she is."