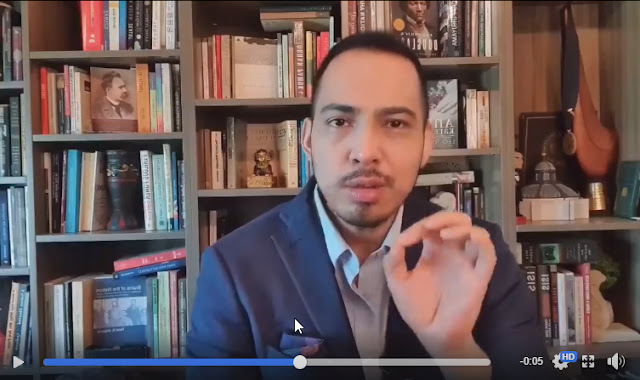 In a viral video, GMA resident analyst Richard Heydarian claimed that the popular local chief executive of the City of Manila, Mayor Isko Domagoso Moreno has been in the executive position since the late 1970's.

The statement of Heydarian were indeed fake news according to some netizens as they pointed out that Mayor Isko Moreno was born in 1974 and by the late 1970's he was only 5 years old.

According to Mark Lopez, the resident analyst of GMA News who was also accused by some netizens as a pure-blooded Dilawans or a staunch supporter of the Liberal Party and considered as one of the critics of the Duterte administration was indeed spreading fake news.

The video showed that Heydarian really claimed that Moreno already served in an executive position during his childhood years.

The radio host who lambasted Richard Heydarian on social media even called the resident analyst of having a very very poor research skills or in short "BOBO."

He is spreading fake news, and has very very poor research skills.

(Watch Richard Foronda Heydarian video posted in his FB page, where he claimed Isko Moreno has been an experienced local executive SINCE THE LATE 1970s. Isko was born in 1974. By the late 70s, he was only 5 years old. How can he be in local government?)

Watch the Video of Heydarian Claiming that Mayor Isko Already Served in the late 1970's: