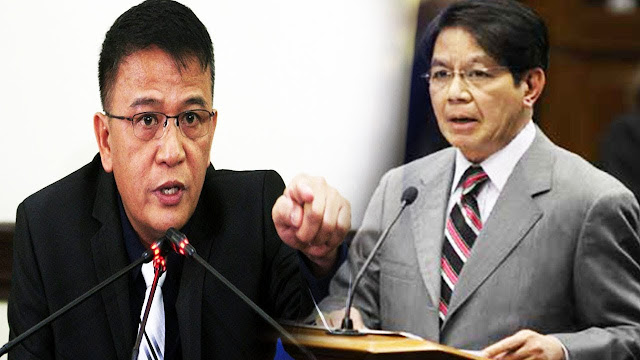 According to Jay Sonza, the BuCor Chief has been the favorite punching bag of Pres. Rody Duterte's critics lately, for the alleged signed release papers of the criminals, including the controversial former Mayor of Calauan, Laguna, Mayor Antonio Sanchez.

The BuCor head already issued a statement denying the allegation but the attack on Faeldon is showing no signs of stopping and Sen. Ping Lacson added more controversies with the issue.

The Philippine Senate is more keen on inviting Faeldon, despite his denials, to attend a senate inquiry, particularly on the release of thousands of prisoners in relation to the controversial RA 10592 or Good Conduct and Time Allowance Law.

Jay Sonza on his remarked through social media revealed that the attack on Faeldon by no less than Sen. Ping Lacson is based on a personal grudge.

Sen. Gordon is in his usual self, the false pride (Hambug) dahil hindi niya napaluhod noong nakaraan at piniling magpakulong.

The implementation of GCTA or RA10592 which Congress passed and whose expanded coverage petition under RPC A97 is upheld by the Supreme Court, however wrong in the eyes of some, is legal and constitutional.

Faeldon has no choice but to implement the Congressional Act which Lacson himself authored or co-authored.

Blaming other people for their own deeds is just ridiculous.