Posted by Phil Newsome on August 30, 2019
Controversial political personalities and a priest was involved in a kidnapping case filed by PNP-CIDG. The agency has filed kidnapping ang illegal detention case against Antonio Trillanes, Gary Alejano, Jude Sabio, Fr. Albert Alejo and other personalities linked to the Liberal Party. 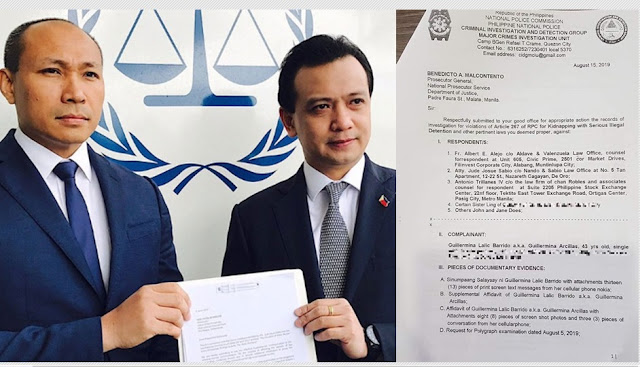 The kidnapping and illegal detention case against Trillanes, Alejano and company was in connection with Guillermina Barrido Arcillas case which was earlier reported as the one who divulged details of illegal drugs in Davao City.

In April 2017, during a presscon in Davao, Barrido accused Trillanes, Alejo, and Sabio of asking her to sign an affidavit linking Pres. Rody Duterte, his son Paol to illegal drugs but which she said she refused to sign.

Former Senator Trillanes denied all accusations thrown against him as he insists that he never met Barrido. Trillanes said that Barrido volunteered to testify vs. PRRD but failed vetting process and asked for money. Whe didn't get any money, Trillanes says Barrido flip-flopped.

Robin Riviera for his part commented by saying "CIDG, oh boy! I remember mayor Espinosa when this group served a warrant inside the prison. He died after trying to grab the gun o one police officers. I hope Trillanes will be having the same fate. 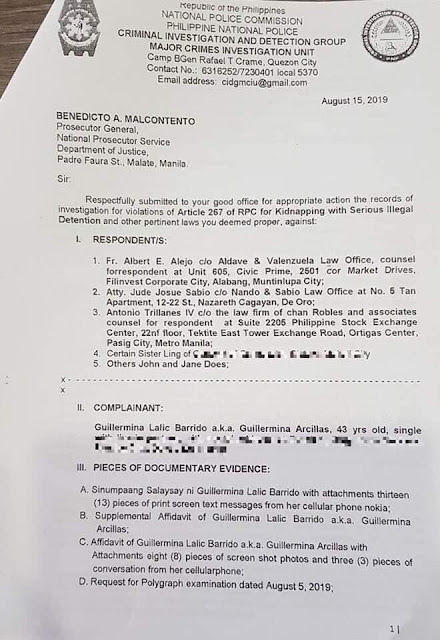 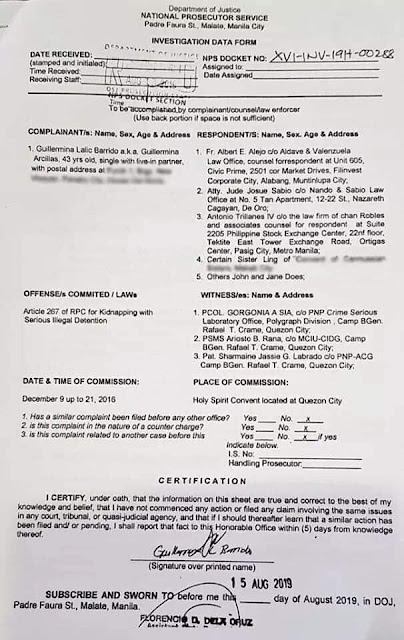