Posted by Phil Newsome on August 30, 2019
World-renowned Hollywood superstar Jackie Chan was caught on camera doing the signature fist bump of our very own President Rody Duterte who is now in China for an important visit with Chinese President Xi Jin Ping. 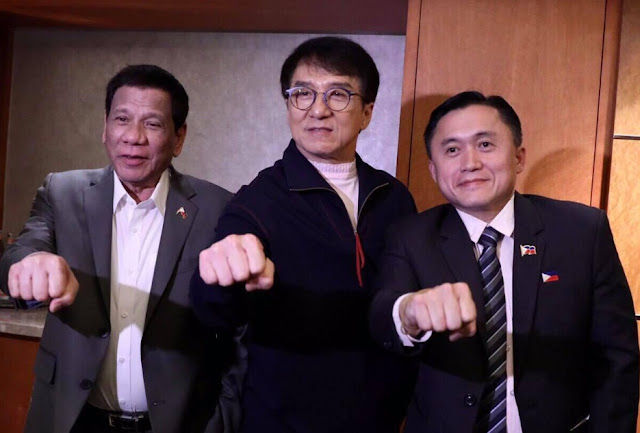 Pres. Rody Duterte were presented with a stuffed Panda that bears a UNICEF seal and a book by the popular action star, Jackie Chan.

The popular Hollywood star, Jackie Chan, is considered as one of China's most popular celebrity, a veteran martial artist, actor, director, producer, stuntman and singer with over 150 movies under his belt.

Meanwhile, according to Philippine Ambassador to China Jose Santiago Sta. Romana, diplomacy is the main point of discusion between Pres. Rody Duterte and Pres. Xi Jinping on their first bilateral meeting discussing the arbitral ruling in the West Philippine Sea Issue which was held at Diaoyutai State Guesthouse in Beijing, China.

Both leaders were having direct conversation regarding the issue but in the end the discussion benefited both parties as they explained their respective explanations in the disputed territory. 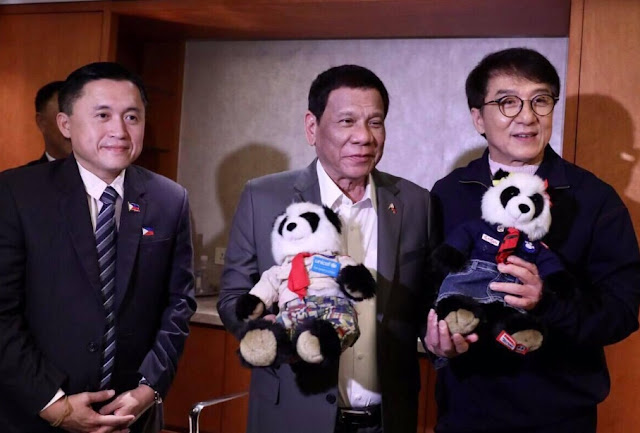 During the visit of the Philippine President a total of six Memorandum of Understanding (MOU) regarding education, science, mutal assistance in Custom matters, technology and infrastructure were signed by both the Philippines and China.

The President also acknowledged and offered his words of gratitude to China for supporting the modernization program of the AFP. As far as we can remember, the Chinese government offered free military aid from the year 2017 onwards.

As reported by the Chinese media, Pres. Xi Jinping felt grateful with his meeting with the Philippine President as he hopes for a more stronger ties in terms of relationships between the Philippines and China.

Here's Some Photos of Pres. Duterte in China: 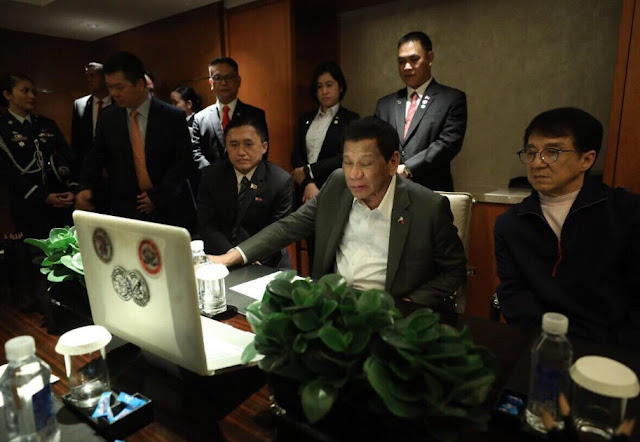 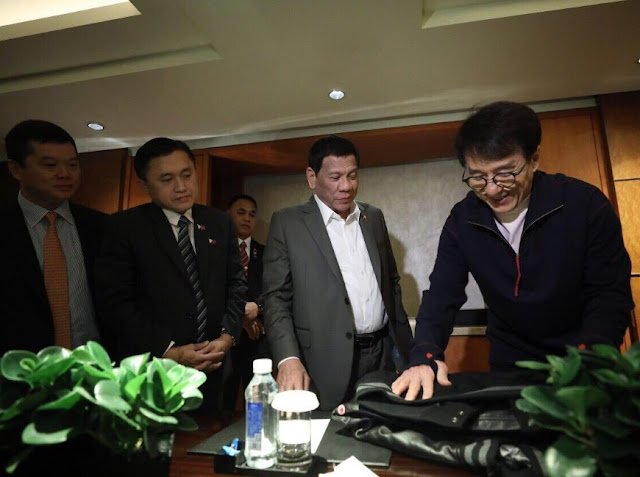 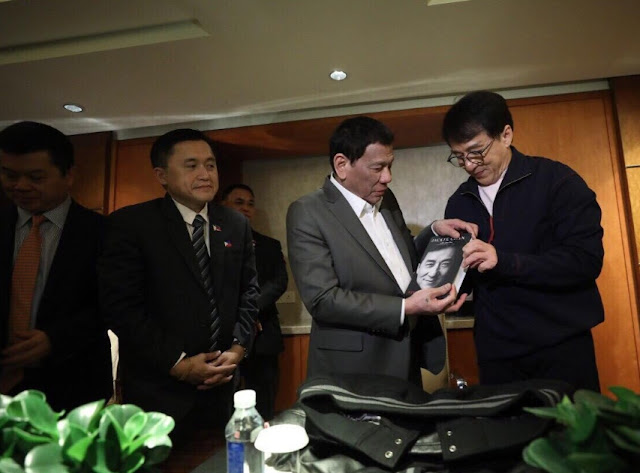