Posted by Phil Newsome on June 12, 2019
Popular blogger and social media personality Xian Gaza made an interesting expose on the alleged plans of Kapa Founder Pastor Joel Apolinario's escape plans after the raid conducted by the NBI and CIDG at his residence and various Kapa offices. 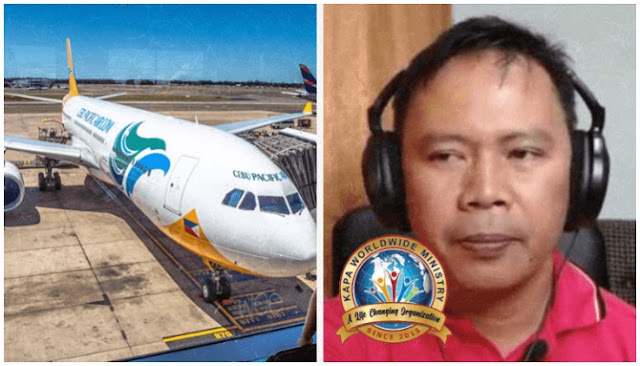 According to Xian Gaza, Pastor Joel Apolinario and the entire Kapa syndicate is now executing their exit plans. All of their funds across the Philippines who were kept at their disposal were gathered together in an undisclosed safe house somewhere in Zamboanga City.

Pastor Joel Apolinario is scheduled to leave the Philippines through the backdoor exit this coming June 17 at around 1:00 AM via Zamboanga backdoor channel on board a small vessel as they will pass through the island of Sabah in Malaysia.

Watch the Expose of Xian Gaza:

Once they arrived in Sabah, a heavily-armed convoy will manned their securitya and they will travel by land going to Bandar Seri Bigawan, Brunie Darusallam. From there they will talked with an alleged Brunei Royal Family to hide their accummulated money from Kapa members.

The alleged plans of the Kapa Founder and their leaders is to have a change of identities in Brunie. According to Gaza he is leaking the plans of Pastor Apolinario as well as the very sensitive information so that the group will be intercepted by the Philippine government and their plans will be divulge to the general public.

The National Bureau of Investigation and the Criminal Investigation and Detection Group (CIDG) raided the house of Kapa Ministry Internatinal Inc. or Kabus Padatoon (KAPA) and their offices located in General Santos City and Sarangani Province which allegedly operated an illegal investment pyramiding scheme.

The NBI already filed a large scale syndicated estafa against Pastor Joel Apolinario and the officials of Kapa.

During the last few days, President Rody Duterte himself ordered crackdown to all operators of illegal pyramiding schemes especially those who were operating in Mindanao.