Posted by Phil Newsome on June 14, 2019
The tough-talking President of the Republic of the Philippines called Kapa Founder Joel Apolinario and its members as swindlers due to the controversial and alleged Ponzi Scheme program of group. 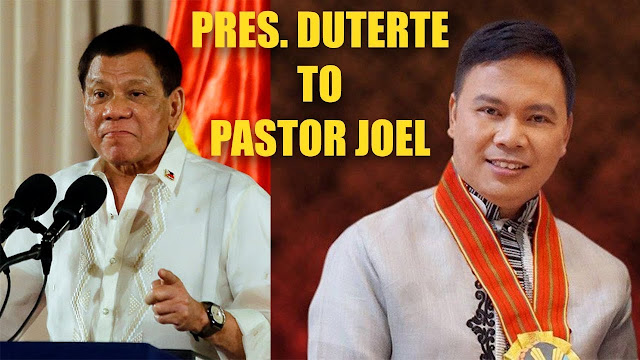 Pres. Duterte explained that he is just an ordinary head of the Executive Department and implement the laws against the controversial Ponzi Scheme but the laws were all created not by the Executive but the Legislative Branch of the government.

Watch the Warning of Pres. Duterte Against Pastor Apolinario:

According to the President he believes a religious group of an alleged investment scam is involved in a "continuing crime of swindling or estafa," the President said.

KAPA, led by founder Pastor Joel Apolinario, has come under fire for allegedly running an investment scam. The Securities and Exchange Commission said KAPA was enticing the public to invest with a promise of 30% interest every month for life.

Pres. Duterte warned all Filipinos particularly those who were members of Kapa and other investment scams as he reiterated his order to close down religious corporation Kapa. During a speaking engagement in General Santos City, the President reminded Filipinos to be mindful of investments, saying "if it is too good to be true, it is really wrong."

"Those who have already spent a lot of money on Kapa, I'm sorry. The operation will stop or shall stop immediately," he said in mixed Visayan and English language.The President made the remark as members of Kapa held a prayer rally in another part of General Santos.

The President was in General Santos to distribute certificates of land ownership awards to agrarian reform beneficiaries.