Posted by Phil Newsome on June 10, 2019
Authorities of Luneta Park are now searching for three men who allegedly paid vendors to sell Chinese flags and pose for photos which was caught on CCTV inside the world-famous Rizal Park. 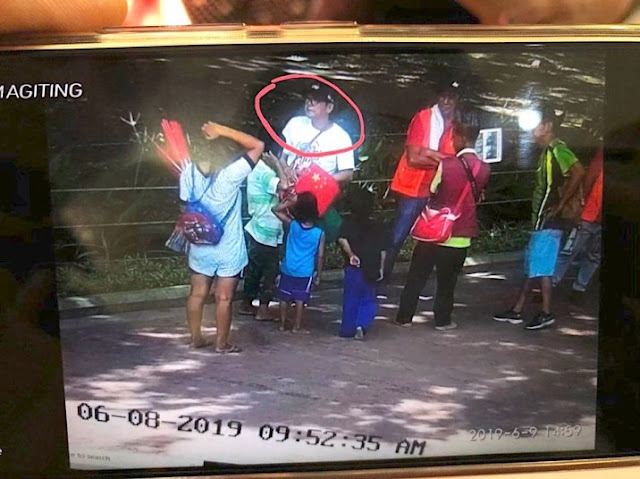 The controversial photos of Filipinos selling Chinese Flags made headlines on social media as it trended online, the vendors were then taken into custody on Sunday and still wearing the same clothes.

According to the revelations of the vendors they said that three men went up to them on Saturday morning and paid them to pose with the Chinese flags.

The alleged men who paid the Luneta vendors also invited a child and a certain Maribel Palma, and another vendor, to do the same. Another vendor was also given P20 to pose as if she was buying a flag.

After taking their photos, the men also took back the Chinese flags and left. Luneta Park’s CCTV showed the three men allegedly behind the photos, and they were positively identified by the vendors.