Posted by Phil Newsome on June 05, 2019
Peter Joemel Advincula or more popularly known as Alias Bikoy revealed some of the most prominent personalities who were critics of Pres. Rody Duterte allegedly involved in the alleged Operation Sodoma which aimed to oust the President. 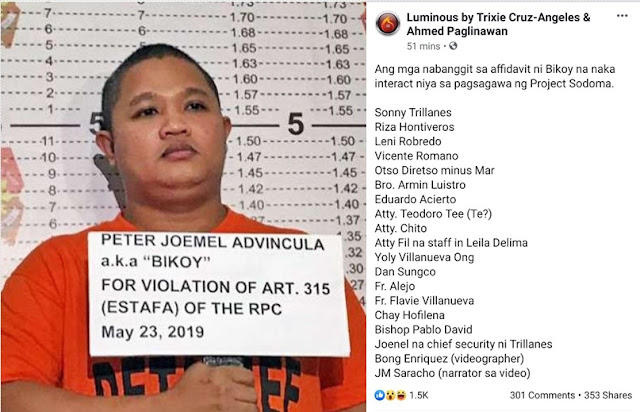 Alias Bikoy identifie Sen. Antonio Trillanes, Sen. Riza Hontiveros and Vice President Leni Robredo as the most powerful and highest-setting government official involved in the alleged ouster plot against the duly-elected President of the Philippines.