Veteran Author Reveals 2022 Presidential Race Will be Between Inday Sara vs. Grace Poe

Posted by Phil Newsome on May 30, 2019
Veteran author and prominent political analyst Jose Alejandrino revealed one of the most interesting political discourse on social media showing the possibility of the 2022 Presidential Race will be between Davao City Mayor Sara Duterte going up against Sen. Grace Poe. 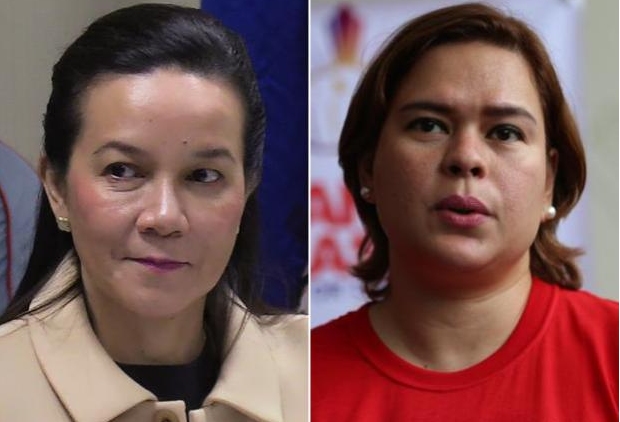 According to Jose Alejandrino in the upcoming 2022 Presidential Race, Sen. Imee Marcos will surely support Inday Sara or the Presidency as she will go up against the opposition's bet Sen. Grace Poe.

Sen. Grace Poe already admitted that he will join the minority in the Senate, it won't make a difference since she has always been in the Opposition which is grooming Poe to be their presidential standard bearer in 2022.

Alejandrino predicted that Mayor Sara Duterte will win by a landslide against sSen. Grace Poe and it will surely be a diferent ballgame when compared to the Senatorial race showing where Poe amassed a huge number of voters.

The veteran author also predicted that Sen. Grace Poe's running mate in 2022 will be Sen. Ping Lacson, who understands strategy because Grace is no strategist. Sen. Lacson also showed sign of being a member of the opposition with his recent tough stand on corruption and illegal drugs. Pres. Duterte should take even tougher stance on these issues to blunt a Poe-Lacson tandem.

Imee Marcos will support Inday Sara for the presidency in 2022. The threat of Grace Poe to join the minority in the Senate? It won’t make a difference since she has always been in the Opposition which is grooming Grace to be its presidential standard bearer in 2022, As I had written much earlier, the race will be between Poe and Inday in 2022 but Inday will win by a landslide. I also warned Grace in a previous posting, it will be a different ballgame in 2022. Wait and see.

Who will Grace choose as VP? My guess is Ping Lacson who understands strategy because Grace is no strategist. Note that Ping is now taking a tough stand on corruption and illegal drugs based on his latest pronouncements. Those will be Ping’s battlecry till 2022. This is why Duterte has to take an even tougher stance on both issues to blunt a Poe-Lacson team. Pre-empt them of issues by chalking up achievements on both fronts. We can begin by holding those who received tens of millions Noynoy pork barrel to account for them and those who cannot account to justice.

I support Bong Go as the next Senate president. The chairmanship of key Senate committees should not be given to those with presidential ambitions to be used as platforms to grandstand to gain media attention. They should be in the hands of reliable Duterte supporters. Leave the Blue Ribbon committee to Dick Gordon who is knowledgeable, reasonable and cooperative.