Posted by Phil Newsome on May 19, 2019
Former Special Assistant to the President (SAP) and Senator-Elect Bong Go released some photos of Pres. Rody Duterte reading today's newspapers disproving rumors that he was confined in a hospital in San Juan, Metro Manila. 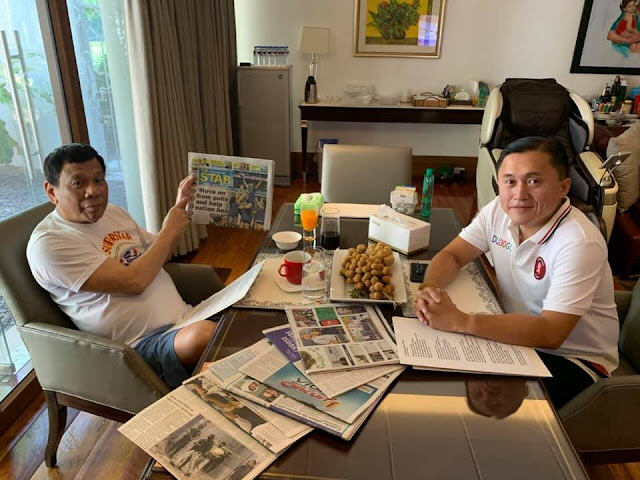 Meanwhile, the Palace on Sunday, May 19, 2019, denied rumors and reports that President Rodrigo Duterte was confined in Cardinal Santos Medical Center in San Juan, as confirmed by Presidential Spokesman Salvador Panelo.

The President Spokesperson stated that President Duterte was "in his residence at the Palace signing papers."

Spox Panelo added further that the President was "neither confirming nor denying that he went to the hospital."

The official statement of the Palace was released to the media after rumors circulating online that the President had suffered a cardiac arrest. The Palace has given te assurance that the chief executive was in the pink of health in previous statements.

Should the President fall seriously ill, the Palace said that the public would be informed immediately. 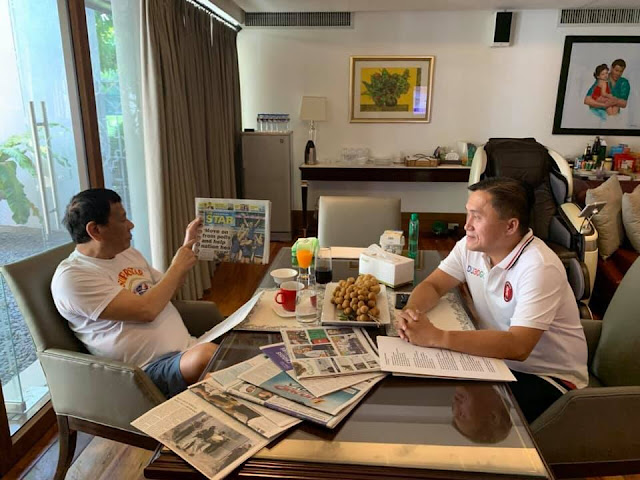 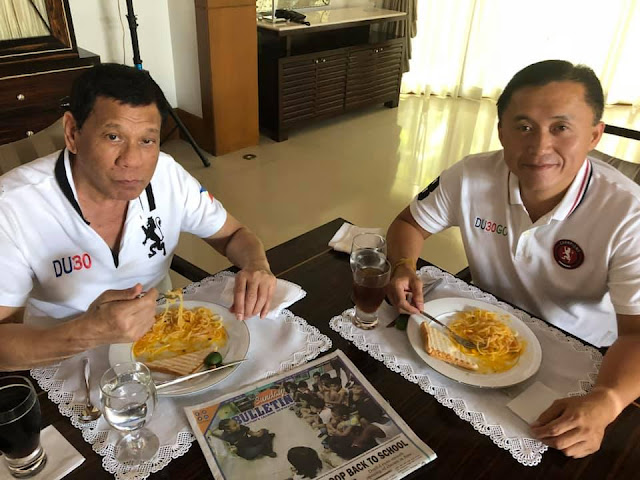 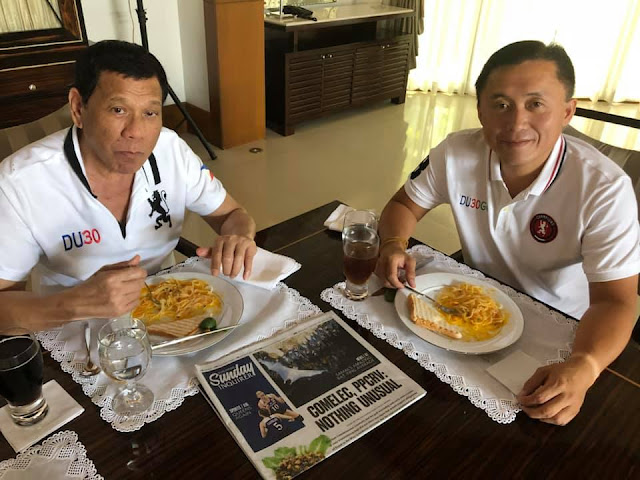