Rico Puno Dies at 65; Cause of Death, Heart Failure

Posted by Phil Newsome on October 30, 2018
OPM icon and considered as one of the most popular singer of Philippines, Rico J. Puno passed away early Tuesday morning due to heart failure at the age of 65 as confirmed by family members to the media. 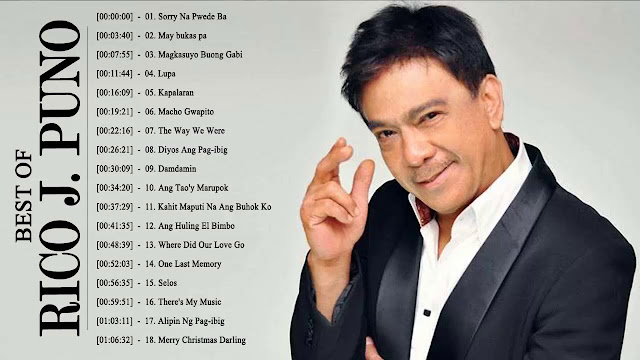 According to Rico Puno's sister-in-law Anna Puno in an interview with CNN Philippines, the singer, coming fresh from na event, checked himself in St. Luke's Medical Center in Taguig on Monday after he started having difficulty breathing.

In an interview Anna Puno was quoted as saying "When he was in the hospital, they didn't let him go. He went straight to the ICU. He was revived at first, then he was okay. When everybody left, he had a heart failure. They were trying to revive him for the second time, but he didn't make it," she said.

Close family members of Rico Puno revealed that the health of the singer started deteriorating in April 2018. Last 2015, he had an open heart surgery after suffering a heart attack.

In December 2017, he underwent angioplasty to restore his blocked arteries. Months later, he received a pacemaker to help his heart.

Rico J. Puno started his music career in the mid '70s, was the voice behind iconic songs "Macho Gwapito," "May Bukas Pa," and "Magkasuyo Buong Gabi."Aside from the music scene, he also delved into acting and politics.