Posted by Phil Newsome on September 26, 2018
Presidential Spokesman and former Congressman Spox Harry Roque burned down veteran TV host Pinky Webb during an excluive interview with The Source after the TV Host compared the amnesty of Sen. Antonio Trillanes with the ordinary passport application among ordinary netizens. 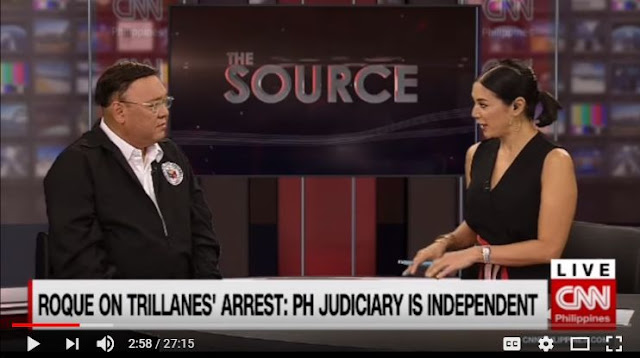 During an exclusive interview with Spox Harry Roque, CNN Philippines TV Host Pinky Webb asked Roque about the sentiments of Trillanes who was visibly dismayed with the decision of the judiciary to arrest him and the claimed of the senator that the judiciary give into pressure from a dictator President.

Spox Roque answered by saying that "Well I think that it is very clear that the Philippine judiciary has a reputation for being independent and competent. And secondly there is no dictator around because he was democratically elected by the people in an election whose results are not disputed except for the Vice President." Roque stated.

Spox Roque explained further that "Let's stick to the fact, a dictator is a commentary on the part of someone from the opposition, but the fact that he himself recognizes him as a duly elected President belies his claim of a dictatorship." Roque explained.

When Spox Roque was asked about the difference of the duly received amnesty application of Trillanes, TV Host Pinky Webb insisted on the copy of the birth certificate and for a passport, which a person should always have a document proving that you applied for it.

This time around, Spox Harry Roque burned down Pinky Webb as he explained that Pinky Webb should know for the fact "an application for amnesty that would extinguised your liability for two life sentences is not the same as a passport." Spox Roque stated.

TV Host Pinky Webb and Spox Harry Roque also discussed about the topics that involved the arrest of Sen. Antonio Trillanes, the reactions of opposition lawmakers, details of the Red October Plot, and the reactions of the Palace in the drop of Pres. Duterte's approval ratings. 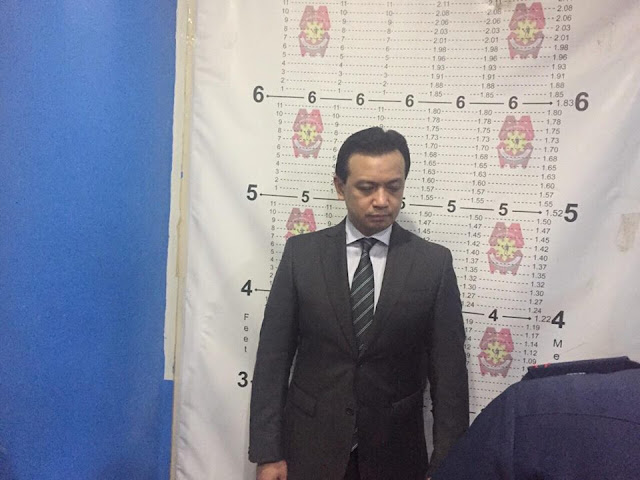