Posted by Phil Newsome on September 27, 2018
The Department of Justice submitted its reply to Sen.. Trillanes' supplemental comment wherein they stated that the affidavit of Col. Josefa Berbigal who received the supposed application form did not categorically state that part of what she has received was Trillanes' narration of facts detailing his participation in the Oakwood Mutiny. 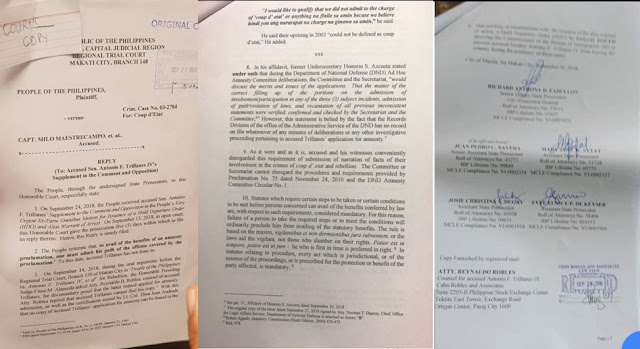 The DOJ stated "Thus, the foregoing statement of Col. Berbigal is not accurate, it not downright false." the DOJ stated.

In the said reply of the DOJ they noted that on September 24, 2018, the People received accused Sen. Trillanes "Supplement to the Comment and Opposition to the People's Very Urgent Ex-Parte Omnibus Motion for Issuance of Hold Departure Order (HDO) and Alias Warrant of Arrest.

As the DOJ's reply representing the People, they reiterated that, to avail of the benefits of an amnesty proclamation, one must admit his guilt of the offense covered by proclamation 578, but to this date, accused Sen. Antonio Trillanes has not done so.

The DOJ also cited that results of the oral arguments last September 14 before RTC Branch 150 of Makati City in a separate rebellion case, Atty. Reynaldo Robles, legal counsel of Trillanes relied that the accuse cannot find his copy. With the said admission, as well as the certification issued by Lt. Col. Andrade that no copy of accused Trillanes application found in the record of the DND, the accused should present his own received copy.

Here's the Comments of the DOJ Presented to RTC Branch 148: 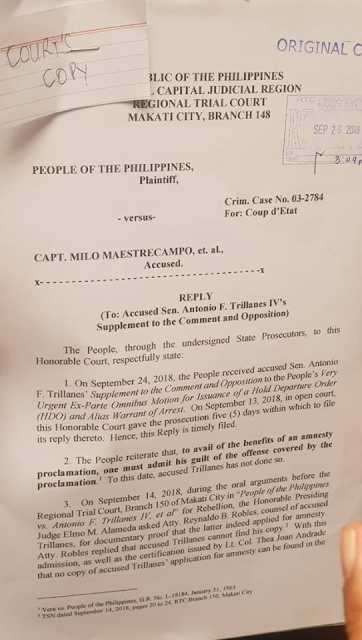 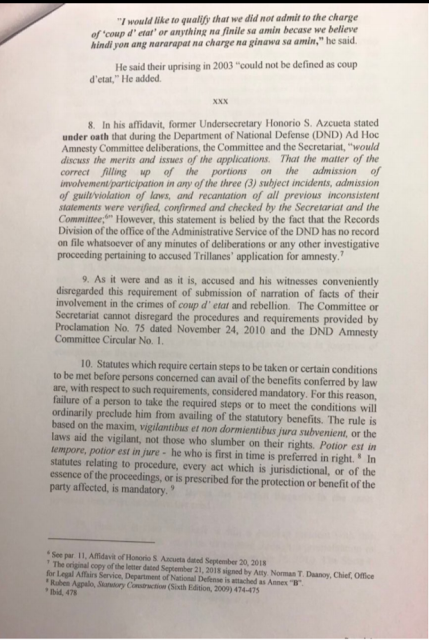 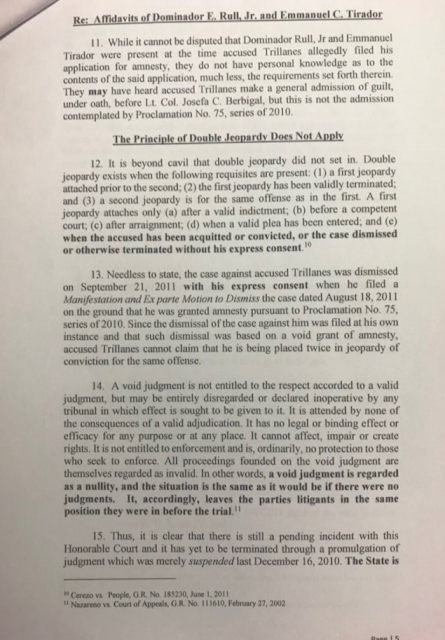 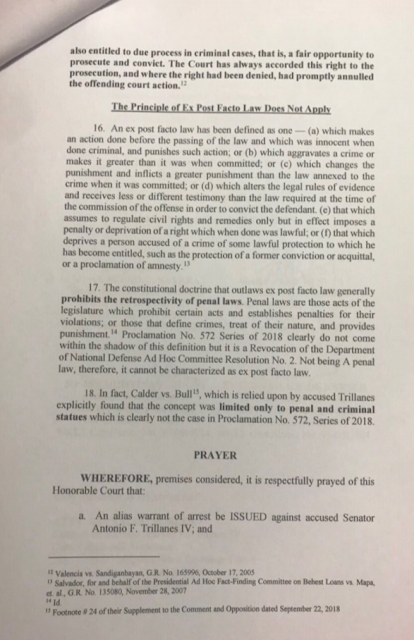 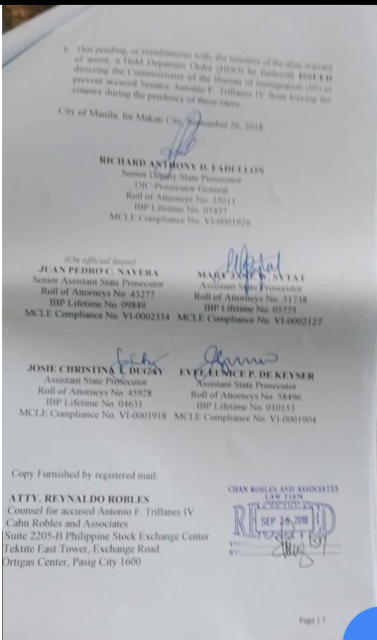